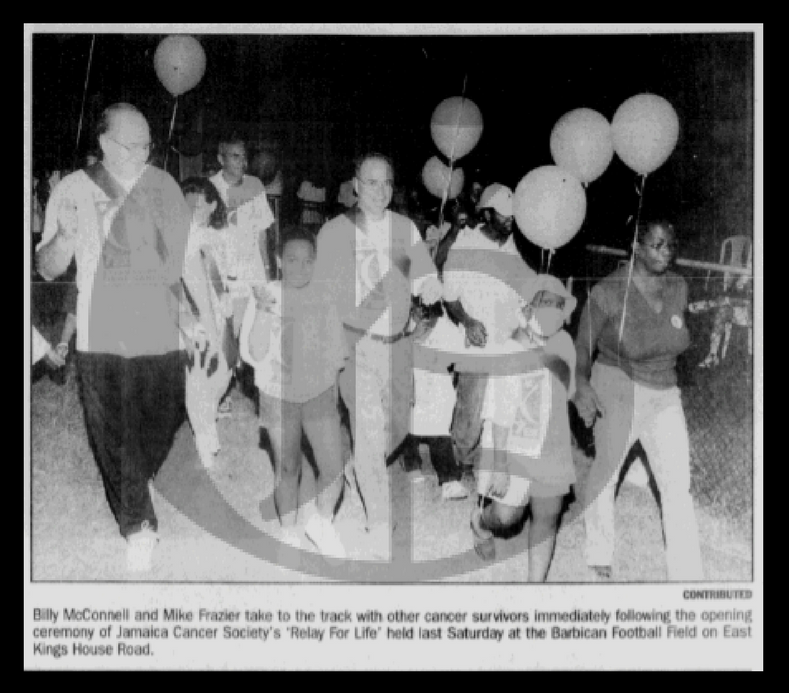 On December 6, 1955, the Jamaica Cancer Society was founded by Dr Ken McNeill, then surgeon specialist at the Kingston Public Hospital. Before this founding, however, McNeill chaired a meeting on June 22, 1955, which was attended by medical, health and legal professionals, as well as industrialists. The objectives of the meeting were to “sponsor a Cancer Research Institute and a Cancer Research Committee” in Jamaica. This was in light of other cancer societies formed or being formed in England, the United States, Cuba, Haiti and Puerto Rico.

At that initial meeting in June, they also committed to statistically survey the behaviour of cancer in Jamaica and embark on a public education campaign to enlighten people of the early signs of cancer. Potential members of the Cancer Research Committee were identified, with the promise that regional subcommittees would be set up in the course of time.

In February 1956, a meeting was held with the purpose of raising funds to support the then eight-month-old committee’s “official” launch, scheduled for later in the year. The target amount was £10,000. At this meeting, Dr McNeill was lauded as an “able and fertile mind” that had masterminded this “mass of work for a great cause”. Noting that the first meeting to form the Committee had taken place in the same year as “Jamaica 300”, Douglas Fletcher, designated as treasurer of the Society, said: “I think when we look back on Jamaica 300 five or ten years from now, we will probably look back on the Society as one of the finest and lasting things to have happened in Jamaica 300.”

On May 7, 1956, the Jamaica Cancer Society was officially launched at the St Luke Church Hall, Cross Roads in Kingston. Heralded as “a major milestone in Jamaica’s medical history”, the function was held under the patronage of then Governor Sir Hugh Foot and Lady Foot. Prominent persons involved in cancer research in the United States were invited, including Mr John H. Teeter, then executive director of the Damon Runyon Memorial Fund for Cancer Research in New York – an organisation responsible for some of the world’s most valuable breakthroughs in cancer research.

It wasn’t until the year 2003 that the Jamaica Cancer Society launched its inaugural Relay for Life at the Barbican Football Field on East Kings House Road in Kingston. It went from 6 p.m on Saturday, June 7 , to 6 a.m. on Sunday, June 8. A total of 100 cancer survivors and hundreds of well-wishers took to the track, the field encircled by lit candles with the names of persons fighting or who lost the fight to cancer. The ceremony was declared open by Dr John Kelly, a former chairman of the board of directors of the American Cancer Society.

The ‘Relay for Life’ is really a family-oriented team event in which groups of participants and individuals representing companies, clubs, schbools, families and other organisations walk or run around a track for 24 hours. Groups and persons also camp out around the track and when not walkring or running, partake of other fun activities.

The world’s first Relay for Life took place in May 1985 in the United States, when Dr Gordy Klatt took the first step around a Tacoma, Washington track to raise funds for the American Cancer Society. Since that time, Relay for Life has spread to many other communities and countries as a way to show support and stand in solidarity with cancer survivors.

Source: The Gleaner Newspaper Archives (call the Gleaner Library for more information on how to access this: 1-876-922-3400 or contact diGJamaica at dig@digjamaica.com).