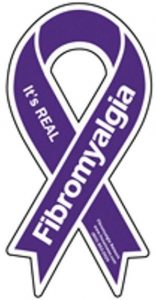 You wouldn’t think that she suffers from intense pain and fatigue to see her sitting at her desk at work. You wouldn’t think that her memory goes a little foggy sometimes, or that her speech is sometimes slurred – not when you see her just sitting at her desk in her workplace, peering at her computer monitor like everybody else. But she has these pains and symptoms. She has been experiencing them for over a decade. She lives with an illness that very few people in Jamaica – or the world – know anything about. She deals daily with the reality of fibromyalgia.

Fibromyalgia is called the invisible illness, because while undergoing intense and consistent symptoms, survivors often do not look ill. According to a Gleaner article titled ‘What is Fibromyalgia?’: “Fibromyalgia is a chronic (long-term and incurable) condition that causes generalised pain for no apparent reason. It isn’t known how common this condition is in Jamaica but it is apparently the second most common musculoskeletal problem after osteoarthritis.”

It is more common in women than men, and symptoms include widespread muscle and joint pain, headache, dry mouth, eyes and nose, lack of concentration, incontinence, hypersensitivity to temperature change, numbness in the extremities and stiffness, as well as fatigue. There is no known cure for the illness, and treatment usually focuses on minimising symptoms.

Here’s a first-hand account of what it is like to live with this illness in Jamaica from Avril Latchman (not her real name), now in her late twenties, who has been living with fibromyalgia from she was 11 years old.

“I started feeling pain from I was around 11, and I was telling my mother and she was saying I needed to exercise more. When I got to high school, my knee used to give out. I used to just drop to the ground. My friends actually used to find it amusing. The pains continued, so my mother finally took me to the doctor – to our GP. He didn’t pay me any mind. He gave me a cream to rub on my knees and that was it.

Then they sent me to a different doctor at UWI, and I told them that sometimes my back would swell, and she (the doctor) said it was impossible. She said my back couldn’t swell. So we didn’t know what to do. The doctor who finally diagnosed me, I went to her by accident, because I was misdiagnosed with pneumonia. So I went to her for treatment. I told her about the other symptoms: the back swelling, the pain in the neck and knees … she got concerned and sent me to do some tests.

I went to do the tests and found out that I had the sickle cell trait. She thought it was that sickle cell trait causing the pain. I told her that over the years, I cut down on activities, to the point where I’m practically doing nothing – not even chores. So she said, ‘That can’t be sickle cell.’ She sent me to a specialist. It took a long time to get him because he’s in demand. I finally got through to him for an appointment for November 2015 – and this appointment was secured in March.

“I was diagnosed by a specialist, Dr Karel deCeulaer, a rheumatologist. In November 2015, I went to him. I asked my sister to follow me because I was scared. I read that fibromyalgia and lupus have similar symptoms, and I was worried that maybe I had lupus. I have a cousin who has lupus, and I know that it is not easy to live with. He (Dr deCeulaer) was asking me these questions that you would ask someone who has lupus. Finally, he did an exam. To find out if you have fibromyalgia, you have to do a physical exam, not a blood test exam. There are certain places in the body where people with fibromyalgia would have a lot of pain, like in the neck and in the back.

I was actually smiling when he told me that I had fibromyalgia, because I was so glad it wasn’t lupus. Then he told me that I would have to change my diet: no more gluten, no pastry. I would have to also do certain kinds of physical exercise. … I was really happy with someone finally telling me what was wrong with me after 15 years, but then I got really depressed because of the change of diet. [There are often times when] everyone is enjoying nice food around me, and I’m eating like a rabbit.

Before I knew what [fibromyalgia] was, people would ask me why I was sick and I didn’t know. I was annoyed. [Come to think of it], it’s still annoying now. And then when you tell people that you have fibromyalgia, they’re like, ‘Fibromyalgia? What’s that?’

Living with fibromyalgia in Jamaica is not so bad. I don’t know what it’s like abroad. I’ve read about people who can’t leave their beds and have to leave their jobs and declare disability. So I’m like, thank God it’s not that bad for me. There was a time in the middle of last year when I was really depressed, because I was in serious pain, and I was thinking, ‘oh my God, I’m gonna lose my job.’ And then I want to get married and have children and I’m thinking, how am I gonna take care of a husband and children with all these pains? And dating (she smiles) … I make sure to tell them that I have an illness and that I can’t move around as much. The guy I’m dating now, I made sure to tell him that if this continues and we get married, there will be times when he’s gonna have to take care of me. And pay.

The next thing is the money. This thing is damn expensive! I try to get health care [from work]. If I had to do it alone, I couldn’t manage, because my medication costs like $6,000 a month. I also have to constantly meet with my doctor every four months to update him on my flare-ups, and my diet.

“My support system is poor. My family is there, and they care, but they don’t understand. I just don’t think my family members get it. I think my mother is in denial. I always snap at her, but my sister says she thinks that my mother doesn’t want any of her children to be sick [so accepting my illness is difficult for her]. My mother is the one who takes care of me, though. When I am too sick to go to work, she wipes me down, gives me food in bed …

I have met one other person who has fibromyalgia, and we’ve made our own little group. We always talk about cheating on our diet – like I’ll tell her that I couldn’t resist a slice of cake, or she’ll tell me that she had some meat on Sunday. Having someone to talk to about it and they get it, that feels really good.

My friends don’t understand. They definitely don’t get it. They don’t understand why I can’t do certain things. I have one friend who doesn’t get that I can’t walk for long distances. … She’s always saying, ‘It’s just up the road!’ And I have to explain that it seems like a short distance, but I can’t manage that – my body can’t manage that. … One of the symptoms is forgetfulness. They call it ‘fibrofog’. So yesterday, I went to the fridge like three times. Could I remember what I was going to the fridge for?

It also affects your speech. Like my doctor told me that it’s because something in my head … it isn’t clear. So, sometimes I want to say something, and in my head, the sentence is perfect, but it comes out jumbled. Or sometimes I talk and it just sounds garbled.

Sometimes my hand does its own thing, like it would jerk or I can’t grip something or … If I’m at church and want to make the sign of the cross, my hand makes something else. It makes me sad sometimes. Because I think about my future and things I want to do. Or I think about my job and think to myself, I can’t stay here for long. I have to get another job – to find something that I can do from home, or that I can do online that doesn’t require me being in an office, because being in the office isn’t helping me.

Do you or anyone you know suffer from fibromyalgia, or a similar illness? If you/they are willing to share the experience with us, send your contact details to digjamaica@gmail.com