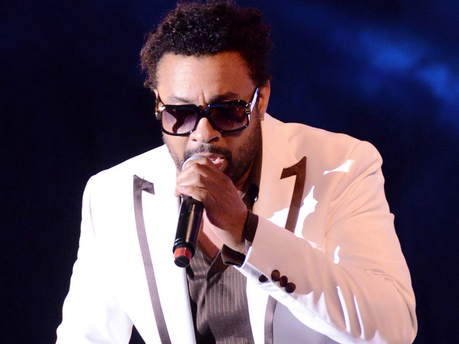 Without a doubt, international reggae-pop superstar Shaggy continues to make a unique mark around the world. His record includes a Grammy, eight number 1 hits, twelve international top ten singles and two multi-platimum albums, one of which is the only diamond-selling reggae album, Hot Shot. He burst onto the scene in 1993 with a remix of the ska classic Oh Carolina, but it was Boombastic that launched his international career in 1995.

We ‘tuned in’ to his interview with Made in Jamaica Catalogue‘s editor-in-chief Deika Morrison for his insights on how to take reggae global, how local artistes can create their own brand, Tessanne and more.

You can’t walk your music into other people’s cultures and expect to be accepted. In the 1960’s Chris Blackwell brought in special American musicians to play with The Wailers to help their music crossover. I did the same thing in a modern way using samples – for example, Oh Carolina sampled Duane Eddy’s Peter Gunn and Mr Boombastic sampled Marvin Gaye’s Let’s Get It On. Integrating what was familiar, accepted and popular created a ‘diluted’ form of a new Jamaican sound that could cross over more easily.

In the global music business, there is only one reggae slot and a lot of people competing for airplay in that slot. Reggae-infused sounds have many more options. It is a better business decision purely on the way the global industry works.

We are a minority music form, the underdog. We have to work ten times harder than everyone else to make music that is ten times better and promoted ten times better with a fraction of the budget that others have.

You have to keep up with the times. How I promoted Oh Carolina is not how I can promote a record today. For example, social media wasn’t around then, but it is now and it is key. You have to be innovative and relevant.

You have to make hard decisions that are good for you and the business, and not driven by emotion.

The global music industry is all about branding. Players in the Jamaican music industry have to think about how they can move global brands and how they themselves are brands. We are yet to be seen as viable for moving global brands in a big way. Think about Gwen Stefani, for instance, as an American female pop artist with a reggae song. A corporate boardroom can more easily agree to have a Gwen Stefani represent their brands than a Jamaican. Why? No Jamaican artist has done it yet and we have to ensure that the whole image – the package – that we project is one that multi-million dollar brands will want to be associated with. Today’s global industry is not just about talent and records. You have to be able to move brands. Let’s face it: if your image is violent and weed-smoking, you can’t represent family brands.

We have to realise that things we do that are culturally ‘normal’ to us can be misinterpreted. Look at Usain Bolt beating his chest when he crossed the finish line at the Olympics. Jamaicans got it right away and we didn’t think anything of it. Other people paused. So we have to think about how our actions are interpreted.

On the other hand, we have to have confidence in ourselves and believe that we are superstars because the odds will always be against us. We have to realise that Jamaica is a global brand with immense power. So nobody is saying don’t be Jamaican, Definitely be Jamaican, but realise how the industry works. 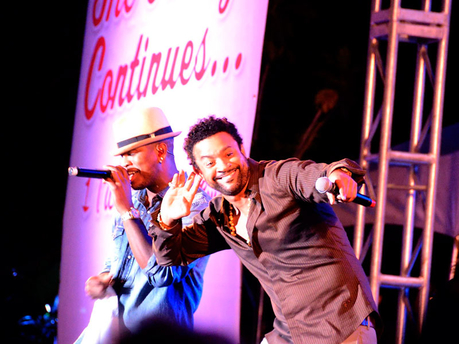 I needed to move in a different direction with the times, It was difficult, but I draw inspiration from people like Dr Dre and Tina Turner who started over.

Ranch Entertainment was relaunched with a specific strategy. Shaggy wanted to produce an authentic reggae sound with street cred, so he collaborated with Sly and Robbie to produce Out of Many, One Music, featuring Damian Marley, Beres Hammond, Cocoa Tea, Chronixx, Tarrus Riley, Peetah Morgan and Tessanne Chin.

I’ve partnered with Ne-Yo and Tango. We are collaborating with international artists and some of the original people who worked on the Hot Shot album. We are

I have a lifetime commitment to Bustamante Children’s Hospital. No matter what, if I can help, I will. Rebecca (my wife) and I want to do other projects for Jamaican children, but we think the best way to approach that right now is… to leverage what we have at Shaggy Foundation to help other organisations. We have ideas and we will work with people on good projects.

Tessanne’s performance on The Voice was historic. She is the first non-US citizen to compete. The Voice heard her talent and changed the rules for her. And Jamaicans rallied support to make it one of the best seasons ever in the history of The Voice in terms of ratings and viewers.

Absolutely. The exposure is great. You don’t even have to win. There’s no downside. A lot of people get exposed to your talent in the process, including the Diaspora, which is key for long term support.

We all have to appreciate how incredibly powerful we are as a united force. And we have to help ourselves. No one will take Jamaica as seriously as we do because we live it and have lived it, whether you live in Jamaica now or in the Diaspora. Jamaicans for Jamaica.