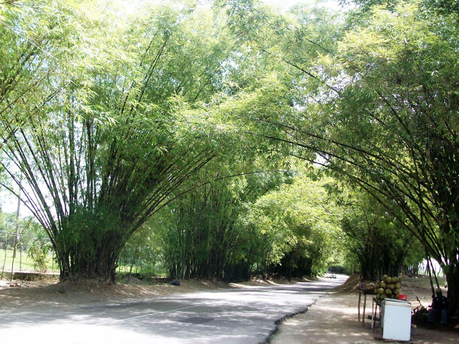 Today, we learned that Jamaica has been appointed head of the International Network for Bamboo and Rattan (INBAR). This comes just three months after it was announced that the country would be embarking on large-scale production of bamboo as the Bureau of Standards Jamaica (BSJ) and the Bamboo and Indigenous Materials Advisory Council (BIMAC) take strides to develop a vibrant bamboo industry locally. Jamaica has been a member of INBAR since January 2012.

Believe it or not, bamboo is a grass – a fast-growing, giant grass. Some species (there are about 1,500) are able to grow up to heights of 98 feet, and can sometimes be as much as eight inches in diameter. Bamboo can grow as much as 100 centimetres in 24 hours, depending on soil quality and other factors. The species Bambusa vulgaris is found in great abundance throughout Jamaica.

There are two main types:

Monopodial or running bamboos – These roots spread quickly from where they originate and tend to take over anywhere that they exist, so they require large land spaces.

Sympodial or clumping bamboos – These roots of these plants do not spread, but form tight clumps which only slowly expand in diameter each year. 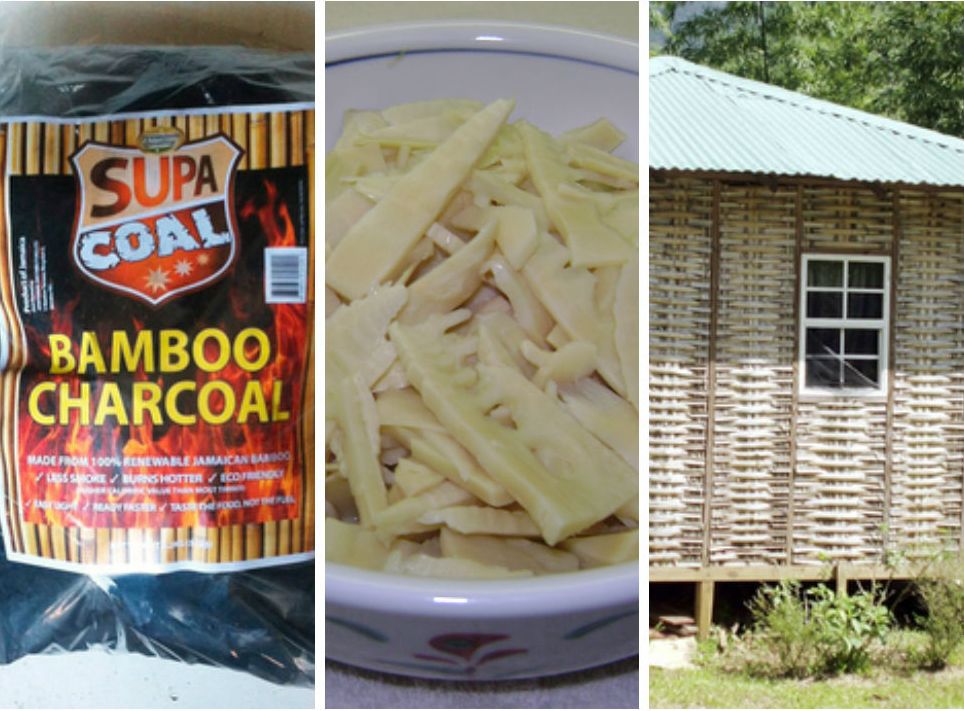 Bamboo is a versatile plant with many uses. Here are some of the most common ones:

Building materials – According to special projects director at the BSJ, Gladstone Rose, bamboo is used to “replace the steel that would occur in a block and steel house. Steel is only used in the joining of the house … During an earthquake, it would have the necessary resistance to crumbling.” It can also be used to make furniture, flooring, picture frames and other decorations for the home.

Charcoal – The mass production of charcoal from timber has been a major cause of deforestation, so turning to the fast-growing bamboo is a much more environmentally sound option. There is also a huge international market for bamboo charcoal. According to Rose, it “has a much higher absorptivity than wood charcoal and can be used for a wide range of purification and absorption applications, such as purifying drinking water, in air filters, gas masks, mattresses and pillows, as a deodoriser, and for certain industrial purification uses,” Rose said. Bamboo of all ages also makes good biomass, which can be converted to charcoal.

Fabrics and clothing – Yes, bamboo can be made into fabric even softer than cotton, which is used to make clothing and bedding.

Musical instruments – Bamboo is often used to make wind instruments such as flutes, which are popular in mento music. Xylophones and other instruments can also be made from bamboo.

Art and writing materials – Bamboo is used in the visual arts field to make brushes, drawing implements, and paper.

Food and beverage – The new bamboo shoot or sprout has been a staple in Asian cuisine for centuries. It is prepared in stir-fry dishes and can also be pickled, braised and curried. Bamboo beer is also a popular drink in parts of Asia and Africa.

Click here for more information about bamboo from the Food and Agriculture Organization of the United Nations.