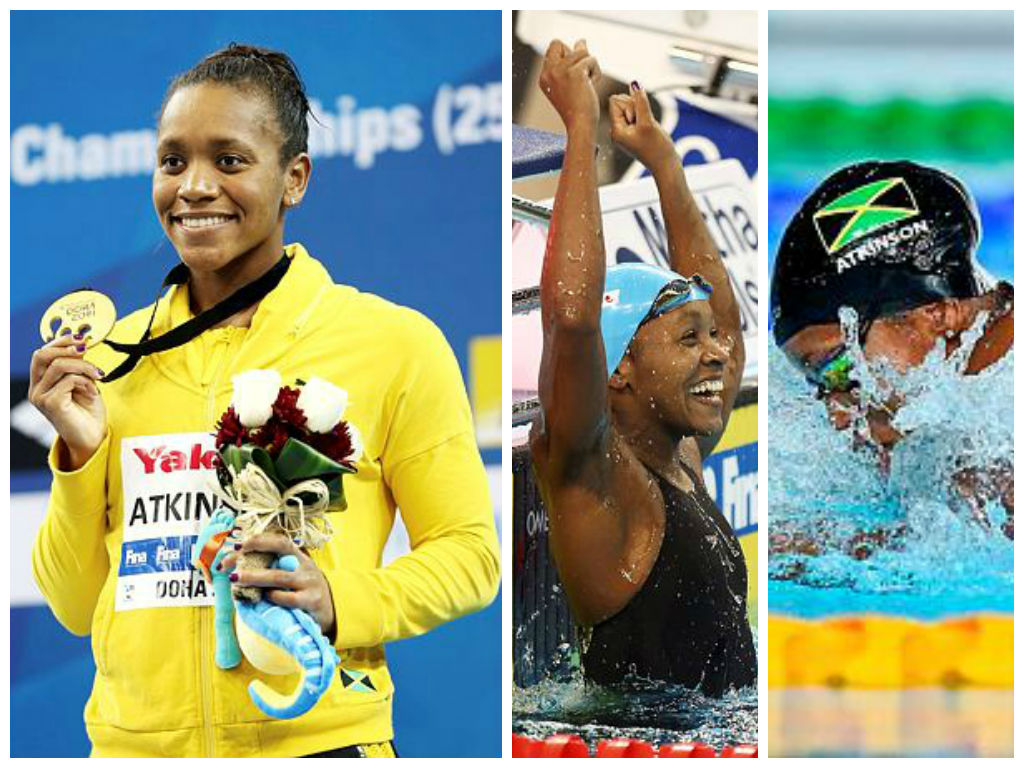 The nation erupted with joy last Saturday evening as the news broke that our ‘water baby,’ Alia Atkinson, had created history. In winning the women’s 100m breaststroke final at the 12th FINA World Swimming Championships in Doha, Qatar, Atkinson hit a number of milestones:

Here are eight more things you need to know about our golden girl.

1. Alia began swimming at the age of four at the Kingston YMCA as part of the Y-Speedos. She swam there until her family migrated to the US when she was nine. She was soon back in the water, joining the Fort Lauderdale Swim Club at 10, before moving to the Comets Swim Club at Pembroke Pines at 13.

3. Alia is no stranger to making history or setting records. In 2010, she claimed the Texas A&M University’s first NCAA Title IX when she won the 200m breaststroke. She became only the second African-American female to capture an NCAA swimming title. She finished her career as TAMU’s school record holder in the 100- and 200-yard breaststroke events and earned a whopping 19 All-America citations during her college career.

4. She is the first Jamaican swimmer to compete in a swimming final and the first to medal at an international swimming meet. In December 2012, she won silver medals at the FINA World Short Course Swimming Championships in Istanbul, Turkey.

5. She is an advocate for minority swimming in the US. As special manager at the International Swimming Hall of Fame (ISHOF) in Fort Lauderdale, she helps to write and promote learn-to-swim picture books for children. She also does public speaking to inform the public about the importance of swimming for minority communities.

6. She has her own foundation. The AAN Swim Clinic provides training for children.

7. The government is in her corner. Following her impressive showing at the 2012 London Olympics, Prime Minister Portia Simpson Miller announced that the government would commit to helping secure the nearly $20 million needed for her to prepare for the 2016 Rio Olympics.

8. It’s almost her birthday! Alia was born on December 11, 1988. She turns 26 this year. We think a gold medal-winning, world record performance is a fantastic early gift!