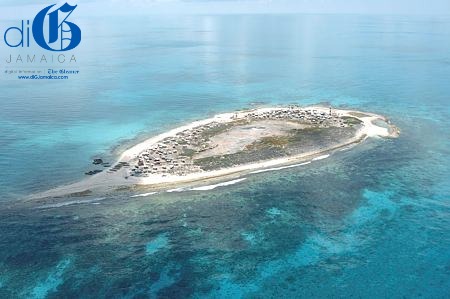 The Pedro Bank is located approximately 80 miles off the southwestern coast of Jamaica. It consists of three small, sandy cays that are composed of coral reefs, sand and sea grass beds. It is a vital component of Jamaica’s commercial and artisanal fisheries industry, and is the primary harvesting area for the largest export of queen conch in the Caribbean region.

The Bank is a mega underwater shoal rising up from 500 fathoms or more and encompassing an area slightly smaller than Jamaica itself. Most of the water is navigable except for areas of submerged reefs and small cays that wind along the southern edge of the bank. With only two per cent of Jamaica’s coral reefs still alive, the healthy coral reefs on the Pedro Bank are vital to long-term reef conservation in the country.

Vast stretches of underwater reefs are covered with a dense growth of Elkhorn coral, which to a wary mariner could easily appear to resemble fangs of a snake. The Spanish viewed the bank as a hostile and dreaded place. The eastern end was referred to as ‘la Cabeza de la Vibora’ (the head of the viper) while the southwestern end was known as ‘el Cascabel’ (the tail of the viper).

In July of 2004, the Jamaica National Heritage Trust declared Pedro Bank an underwater cultural heritage site, as it is a veritable treasure trove of sixteenth and seventeenth century shipwrecks and artifacts. 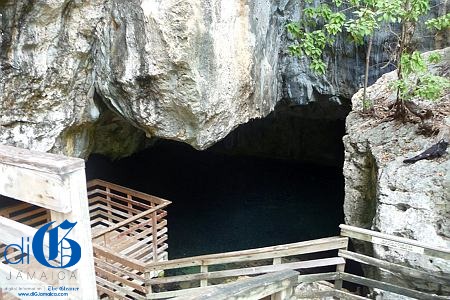 Two Sisters Cave is located in the Hellshire Hills, St Catherine. Each cave has a large sink hole, which contains fresh water. It is possible that these reservoirs served as sources of fresh water for the Tainos. This natural cavern and the tunnel beneath are interconnected with many other caverns and tunnels over this whole limestone area which extends for miles in all directions. The cave contains a petroglyph carving of a face which is about seven hundred years old. Based on the fact that the Tainos drew effigies of themselves and their gods as a sign of their respect for their gods and that the caves contain no evidence of being the homes of any Tainos, it is believed that they were mainly used for ceremonial purposes.

The mineral spa or spring at Bath in the parish of St Thomas was discovered by a run-a-way slave in the 1690s, who found that the waters healed the wounds that had been inflicted on him over the years. He bravely decided to return to his master to tell him about his discovery.

The mineral spring at Bath flows from two rocks, which produces both cold and hot water. The water is mixed before it enters the bathhouse facilities that have been constructed for visitors, as the hot and cold water from the springs are not mixed. The spring is rich in sulphur and is believed to be very good for the treatment of rheumatic ailments and skin diseases. 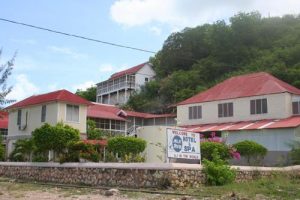 Milk River Bath is not only another of Jamaica’s great spas, but is counted among the best natural spas in the world. The radioactivity of the water is many times greater than many of the world’s famous spas. It is:

The Milk River Spa is located about 10 miles south of May Pen, Clarendon, and is open to the public.

The origin of the Rockfort Spa is uncertain, but it is believed to have appeared miraculously following the 1907 earthquake that ravaged the city of Kingston and affected as far away as St Catherine. The water which is very radioactive, is piped from a cold spring in the surrounding hills.

The spa, located in Kingston, which is operated commercially has several bathhouses, supplied with warm water, and a large swimming pool. Like the other mineral spas, Rock Fort Mineral Spa is believed to have healing properties.