Jamaica has been blessed with many great athletes in a number of different sports. Year after year, they continue to dazzle us with their speed, tactics, agility and skill, and 2015 was no different. We had so much to cheer and knock pot covers for this year. Take a look back at some of our golden moments below: 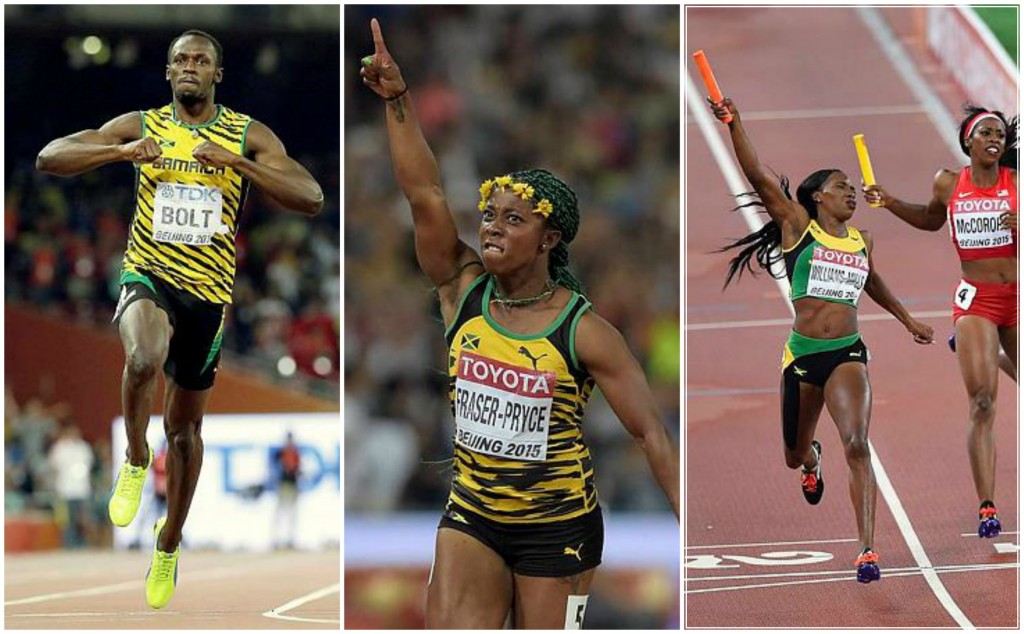 As usual, Jamaicans looked forward to the 2015 World Championships in Beijing, China with great excitement. The excitement was slightly tempered by worry about the form of golden boy Usain Bolt, who was race rusty and somewhat in the shadow of the American Justin Gatlin, who was dominating the season. Well, we all know what happened there. In the end, Jamaica finished with 12 medals – seven gold, two silver, and three bronze. Amongst the medallist were first-timers Elaine Thompson (200m silver), Danielle Williams (100m hurdles gold) and O’Dayne Richards (shot put bronze). The standout moment for many Jamaicans came in the women’s 4x400m final, when Novlene Williams-Mills blew past the USA’s Francena McCorory to lead the team to victory, only our second gold medal in the event across the World Champs and the Olympics. 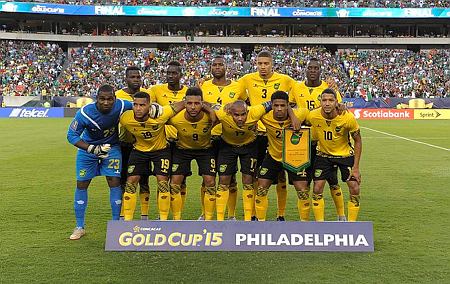 The national football team notched up its second victory over the United States in July and, in the process, eliminated the home team with a 2-1 victory to advance to the final of the CONCACAF Gold Cup in Atlanta, Georgia. This was our first appearance in the finals of the 24-year history of the competition. Unfortunately, we went down 3-1 to Mexico. 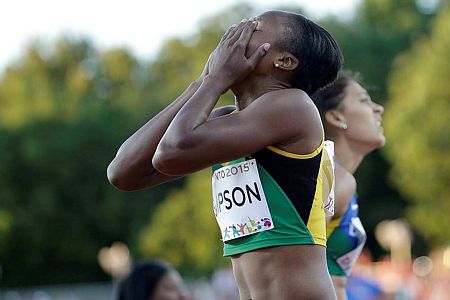 The years 2013 and 2014 were wretched times for the decorated sprinter, due to a doping infringement. Many Jamaicans might have written her off, but Simpson, who was cleared to resume competition last June, was steadily working her way back into good shape. A little over a year later, she was rewarded when she stormed through late to win the gold medal in the women’s 100m at the Pan American Games in Canada on July 21. She also added World Championships gold to her tally as a part of the women’s 4x100m relay team in Beijing, China.

4) Alicia Ashley punched her way into the history books 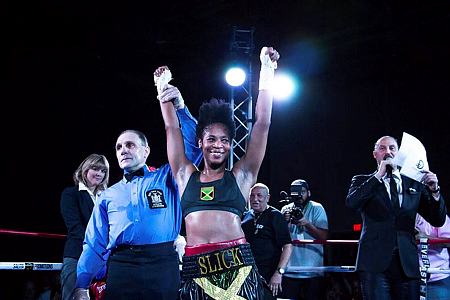 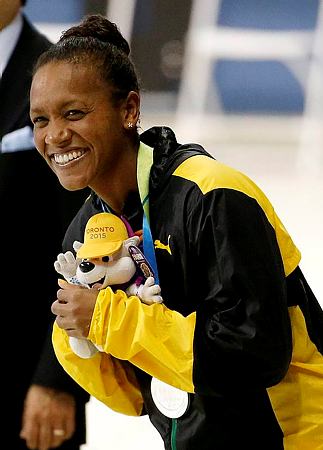 The nation erupted with joy last year when our ‘water baby,’ Alia Atkinson, created history by equalling the women’s 100m breaststroke world record and winning Jamaica’s first ever gold medal in world swimming championships. This year, she continued to shine, winning a 100m breaststroke silver medal at the Pan Am Games, where she also set a new national record of 1:06.59 seconds. She would lower that record to 1:06.21 seconds on her way to the finals of final of the women’s 100 metre breaststroke at the swimming world championships in Kazan, Russia a few weeks later. That was the first Long course World Championship final for any CARIFTA region female swimmer in this event, and she finished third.

6) A Jamaican ice hockey team? You better believe it!

The 2018 Winter Olympics, to be held in PyeongChang, South Korea, could very well be Cool Runnings 2.0 as Jamaica is looking to field an ice hockey team. The Under-18 team, comprised of mostly descendants of Jamaicans living in Canada, the United States and Europe, made its debut this year at the Weekend Hockey Tournament in Canada this past July. The team is coached by Jamaican-born Graeme Townshend, who played five seasons in the National Hockey League (NHL), North America’s premier professional competition. He and members of the Jamaica Olympic Ice Hockey Federation visited Jamaica in February to discuss developing the sport and also toured possible sites for building an ice hockey arena. 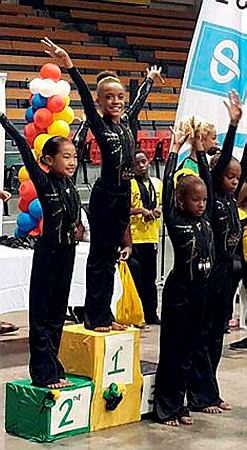 Jamaica’s young gymnasts topped the tables at the first staging of the Caribbean Gymnastics Championships in November at the National Indoor Sports Centre. They amassed 258 points to finish ahead of the Cayman Islands, 228, and Trinidad and Tobago, 219.