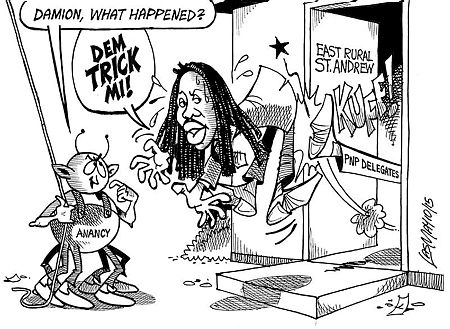 4) Damion Crawford – Another one who forgot ‘comedian’ was not in his job description, Crawford told his constituents in East Rural St Andrew that he wouldn’t be running for office again (ostensibly to throw off detractors), then pulled the old switcheroo later. Well, the people didn’t like being “tricked,” and he was soon relegated to the periphery of representational politics as he lost the seat in a constituency run-off to businessman Peter Blake.

5) Lisa Hanna – The Minister of Youth and Culture has had it rough over the past two years, with her management of the youth section of her portfolio often called into question, along with 2014’s ‘bikini-gate’ and her social media spat with reggae star Chronixx. This year saw the St Ann South Eastern MP being challenged for her seat, heated protests included. In the midst of that, a young girl who was being used in one such protest died. Most recently, she has been questioned by the Office of  the Contractor General (OCG) in relation to the awarding of  government contracts in her constituency. 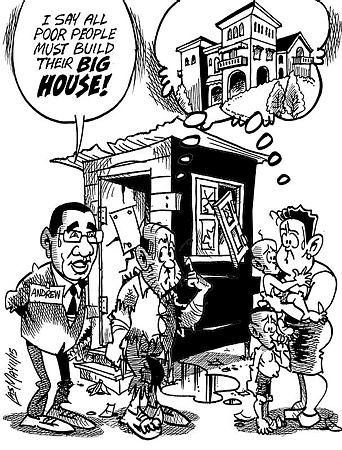 6) Andrew Holness – The Opposition Leader has been the government’s crosshairs lately due to his massive Beverly Hills mansion, the funding of which has been called into question. However, that’s not the only thing that has landed him on this list. Earlier this year, he lost two court cases related to his use of unsigned and undated resignation letters that were used to dismiss Senators Arthur Williams and Christopher Tufton in 2013, and later found himself on the verge of another potential challenge for the leadership of the Jamaica Labour Party. 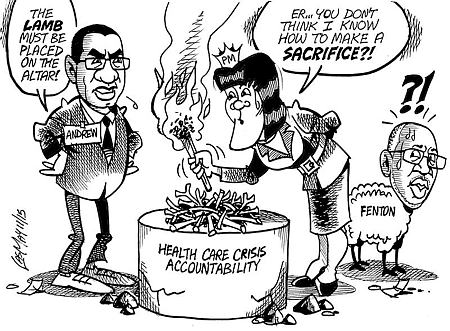 7) Prime Minister Portia Simpson Miller – Uneasy lies the head that wears a crown, and as Prime Minister, Mama P is concerned with all but one of the ‘poor, unfortunate souls’ on this list. She, too, has felt the sting of constant public backlash as her leadership and competence are constant called into question, not only by the Opposition, but members of the public. Additionally, her refusal to speak to the press or face the nation outside of strictly controlled situations does not help to allay concerns.