The year 2015 has been rough for many Jamaicans, what with a constantly escalating crime rate, high unemployment levels, a water shortage crisis, ailing health system and mosquitoes threatening our lives. However, some have had it worse than others, as their issues – failings and all, have been public fodder. Take a look at some of the people who can’t wait for 2016 so they can turn over a new leaf. 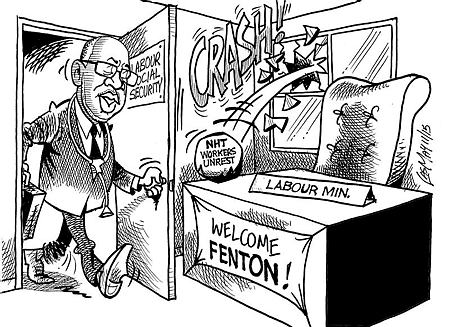 1) Fenton Ferguson – Is there anyone who had a more ‘salt’ year than the former Health Minister? Still reeling from last year’s bungled handling of the chikungunya catastrophe, he escaped censure during the hand-foot-and-mouth outbreak at the start of the school year, only to run smack dab into the worst scandal of his career when 19 pre-term babies (in the real sense or otherwise) died due to bacterial outbreaks at the University Hospital of the West Indies and Cornwall Regional Hospital. To make matters even worse, the damning audits into the operations of the Regional Health Auntorities were released in the wake of the scandal, and the details had everyone from opposition members to John Public calling for his head. He refused to resign, and Prime Minister Portia Simpson Miller refused to fire him. Instead, he was transferred to the Ministry of Labour and Social Security. 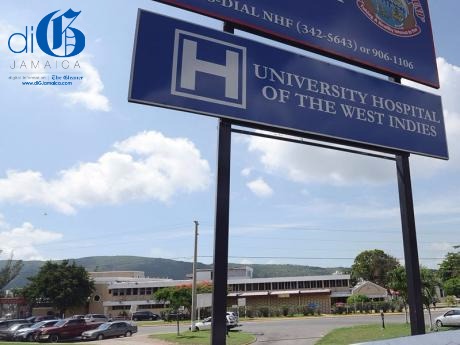 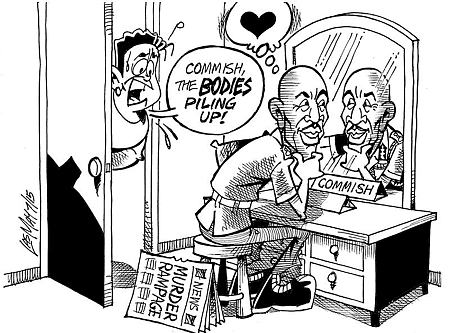 3) Police Commissioner Dr Carl Williams – This past July, Williams thought it was ‘funny‘ to give himself a 10 out of 10 score for his then 10-month tenure as police commissioner, despite a 19 per cent spike in the nation’s murder rate. Jamaicans are all about ‘tekking kin teet kibba heart bun,’ but the attempt at levity was misplaced in this instance, especially as the crime rate continues to climb.