The highly anticipated 2015 World Championships get underway this evening, Jamaica time, and our contingent will be going for gold. Around the world, everyone is looking forward to the exploits of defending champions Usain Bolt and Shelly-Ann Fraser-Pryce and our other world class favourites. So are we, but diGJamaica also has an eye on the future, so today, we’re looking at some of the young stars and new talent in the team who have the potential to bring home medals. These six young athletes have been performing well all season and are looking to add more to their list of achievements. Hopefully, they will exceed their expectations – and ours. 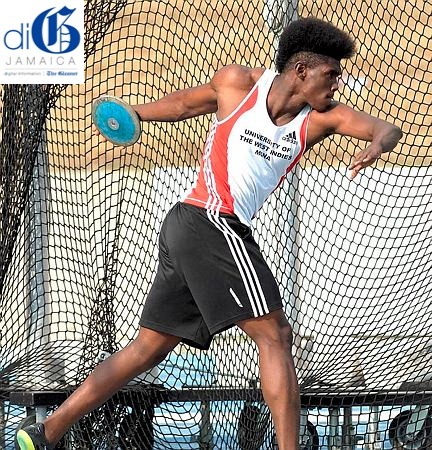 The 21-year-old discus thrower has achieved much in his short track and field career to date. Currently studying at the University of the West Indies, he is a former Calabar High School standout who broke both discus and shot put records during his Champs days. 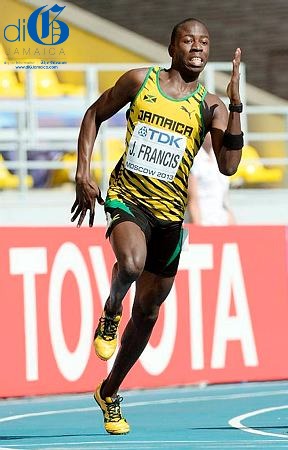 Twenty year old Javon Francis rose to national prominence when his storming anchor leg in the men’s 4x400m final at the 2013 World Championships in Moscow won us a silver medal. Known as ‘Donkey Man’ since his days at Calabar for his stamina, he broke several Champs records, most notably Usain Bolt’s seemingly untouchable class 1 Boys 400m mark (45.00) in 2014. He produced another impressive final leg for the Jamaican men’s 4x400m team at the 2015 IAAF World Relays in Bahamas, bringing them to the finals. There is no doubt in the minds of many Jamaicans that he will be outstanding at the 2015 World Championships. 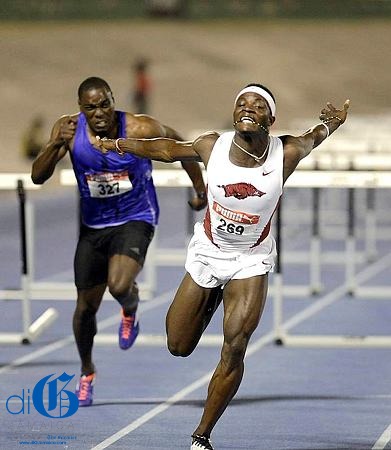 A former national junior record holder in both the 110m and 400m hurdles, McLeod publicly stated his intention to win the national title and go on to possibly take the gold medal at World Champs. Well, he is halfway there. The hurdling phenomenon, a past student of Manchester High School and Kingston College, who has been unbeaten so far this year, has the fastest time this season – an impressive 12.97 seconds set at the National Championships. It also broke USATF Hall of Famer Renaldo Nehemiah’s NCAA all-dates all-time best record of 13.00, set in 1979. 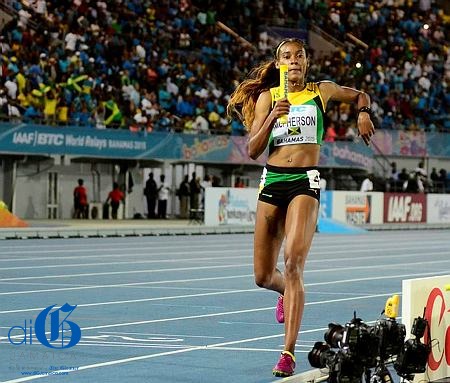 Nicknamed ‘Chicken Foot’ by her close friends, this 26-year-old 400m specialist has had a stellar career since her debut at the 2013 World Championships in Moscow, where she finished fourth. In 2014, she won relay silver at the World Indoor Championships as a member of the 4 x 400m team and followed that up with gold medals in the individual 400m and 4 x 400m events at the Commonwealth Games in Glasgow, Scotland. The 26 year old attended the Mannings School, although she didn’t particularly stand out at that point in time. She is currently pursuing at degree in Hospitality and Tourism Management at the University of Technology. 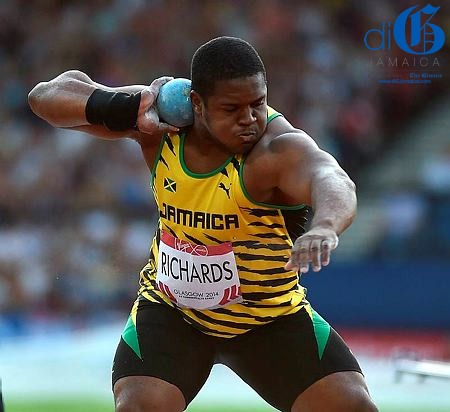 Richards started competing in the shot put and discus events at St Georges College, where he won the discus title at the national junior trials in 2007. Since then, he has focused his attention on the shot put and won gold medals at the 2011 and 2013 Central American and Caribbean (CAC) Championships, the 2014 Commonwealth Games and the recent Pan American Games in Toronto, Canada. 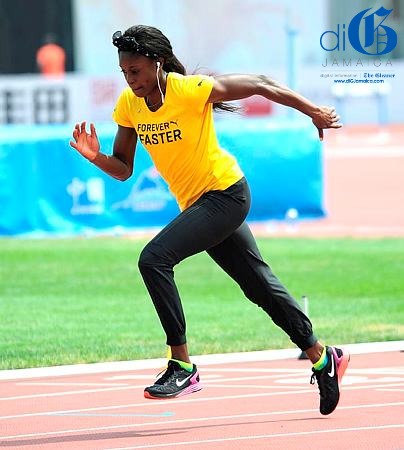 A fast-rising star, Thompson is expected to take the 200m title in Beijing. The 23-year-old has had an outstanding season, clocking impressive times. The Manchester High School alum won gold at the CAC Championships in the 4x100m relay and came in a close second to American English Gardener in the 100m with an impressive time of 10.84 at the Prefontaine Classics in Eugene, Oregon. Thompson also gave an unforgettable performance at the 2015 Jamaica International Invitational when she defeated two world class athletes, American Allyson Felix and Nigerian Blessing Okagbare, in the 100m. However, her most notable feat so far has been her victory in the 200m at the London Grand Prix  in July, where her time of 22.10 seconds erased the meet record set by the legendary Merlene Ottey in 1991.