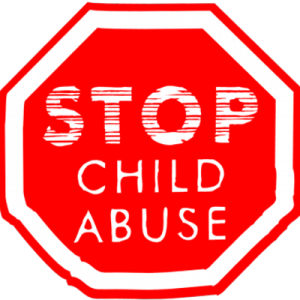 Sikomi Bennett of Bartley Town in Comfort is accused of capturing and circulating sexual images of a minor with whom he reportedly had a relationship. The 26-year-old Manchester man charged with distributing child pornography is to appear in court today. See full story on The Gleaner’s website.

The scandal-hit Moravian Church in Jamaica and the Cayman Islands has postponed its biennial Synod that was scheduled for April. The acting president of the Moravian church Reverend Phyllis Smith Seymour has conceded that the recent incidents involving allegations of sex crimes involving  three senior ministers were part of the reasons. See full story on The Gleaner’s website.

The board of the Coffee Industry Board (CIB) has shaken up its management, including dismissing its legal officer and company secretary, saying that it was deceived about the nature and extent of insurance coverage on the stock of beans stored at its warehouse on Marcus Garvey Drive in Kingston, which was affected by floodwaters on September 9 last year. See full story on The Gleaner’s website.

The National Water Commission (NWC) has advised that another water main has broken on the Mandela Highway connecting St Andrew and St Catherine. The broken main has resulted in a continuous flow of water along the highway that is currently undergoing a multi-billion dollar expansion. This has caused a back-up of traffic and is likely to cause major disruption to the traffic flow. See full story on The Gleaner’s website.

The Opposition People’s National Party (PNP) has accused the government of failing to deliver on most of its election promises. In its assessment of the one year anniversary of the Jamaica Labour Party (JLP)administration, the Opposition described the government’s J$1.5 million tax break package as “one of the biggest scams this country has seen”. See full story on The Gleaner’s website.

Tourism Minister Edmund Bartlett says the online tourism marketing portal Airbnb has attracted in excess of 30,000 visitors to Jamaica since a partnership was signed two months ago.  Airbnb facilitates the listing of bed and breakfast-type accommodations and promotes such accommodations to tourists who are not attracted to large or all-inclusive type resorts. See full story on The Gleaner’s website.