Farmer and retired businessman Lloyd ‘Busher’ Neil agrees with Justice Minister Delroy Chuck’s ambitious plan to increase the number of justices of the peace (JPs) to 12,000, but insists that applicants should undergo a rigorous vetting process to ensure their intentions are sincere.

2. One of St. Elizabeth’s most wanted found dead

The Police have confirmed that one of St Elizabeth’s most wanted was shot and killed in Mocho district, St James, today. He is 30-year-old Dwight Williams, otherwise called ‘Dewie’, of Retirement district, St Elizabeth. See full story on The Gleaner’s website.

Two restorative justice centres are to be established in West Kingston before year end to provide counselling to the more than 2,500 children who were affected by the events of the Tivoli incursion in May 2010. See full story on The Gleaner’s website. 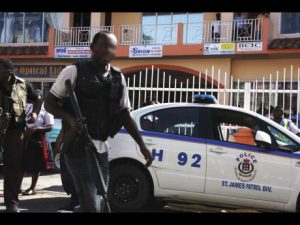 4. JDF soldiers off to Haiti with supplies

5. Caribbean nations yet to make good on Haiti relief promises

Head of the Caribbean Disaster Emergency Management Agency (CDEMA) Ronald Jackson has revealed that some two weeks after Hurricane Matthew ravaged Haiti, Caribbean governments are yet to make good on their commitments to provide financial resources for relief efforts in the former French colony. See full story on The Gleaner’s website.

6. Parliament being asked to spend millions more on oil hedge

Governor of the Bank of Jamaica (BOJ) Brian Wynter and Financial Secretary Everton McFarlane have come out defending the costly ‘insurance’ Jamaica has taken out against oil prices as the expiration date nears and a new one is being prepared for Parliament’s approval. See full story on The Gleaner’s website.