Jamaica has lost billions of dollars in potential investments, which have either been diverted elsewhere or have not been set in motion because of inefficient government bureaucracy, the second most problematic factor for starting a business locally, according to the Global Competitiveness Report 2016-17. See full story on the Gleaner’s website.

Another attempt is to be made today to start the murder trial of businessman, Patrick Powell, who is charged in connection with the death of schoolboy Kajheel Mais. The trial, which has been before the court for more than five years, has been dogged by delays, with the latest postponement occurring last week Wednesday in the Home Circuit Court. See full story on the Gleaner’s website.

Los Angeles police on Sunday arrested two suspects in connection with a shooting that left three people dead and 12 wounded at a restaurant operating out of a converted home. Mowayne McKay, 33, and Diego Reid, 25, both of whom are Jamaican nationals, were taken into custody early on Sunday, police said. They were expected to be booked for investigation of murder. See full story on the Gleaner’s website.

Public Defender, Arlene Harrison Henry, is sticking by her report on the deaths of newborns at the University Hospital of the West Indies, which concluded that there was no evidence of medical negligence on the part of the institution. The report, which was released on Friday, found that the eight babies who died as a result of bacterial infections last year were unfortunate victims at an under-resourced medical facility. See full story on the Gleaner’s website. 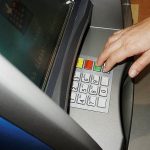 National Commercial Bank Jamaica (NCB) has acknowledged an increase in incidents where its automated banking machines (ABMs) have been capturing customers’ cards, but says it is making headway on resolving the issues. See full story on the Gleaner’s website.

6. UWI lecturer says Hilary Beckles should not have apologised

Dr Christopher Ogunsalu, the outspoken Montego Bay-based University of the West Indies (UWI) lecturer, says Sir Hilary Beckles, the university’s vice-chancellor, made a big mistake last week when he apologised for an earlier declaration by William Iton, the university’s registrar, that the university is not answerable to the Jamaican Parliament. See full story on Gleaner’s website.