Deacon Peter Espeut has described abortion, whether safe or unsafe, as murder and has asserted that no woman should be given that right. He was commenting on a recent survey finding that 42 per cent of persons polled agreed that women should have the right to safe abortion services. Thirty-two per cent strongly agreed, 15 per cent disagreed, and six per cent strongly disagreed. The other five per cent were not certain of their position on the matter. See full story on The Gleaner’s website.

“No more!” That is what outgoing chairman of the Jamaica Police Federation Sergeant Cecil McCalla said to Government regarding the practice of police personnel working overtime and not being properly compensated. McCalla was addressing a militant gathering of members of the Jamaica Police Federation at its 75th annual joint central conference at Moon Palace Jamaica Grande Hotel in Ocho Rios, yesterday. See full story on The Gleaner’s website.

The Government has been urged to slow down the process of enacting the controversial Data Protection Bill into law as people continue to digest it and understand all the implications. President of the Press Association of Jamaica (PAJ) Dionne Jackson Miller has argued that it is very important that there is serious consideration before the bill is passed into law. See full story on The Gleaner’s website.

Fewer than 50 per cent of Jamaicans have said that they know someone who has done an illegal abortion. However, one of the island’s leading gynaecologists, Dr Michael Abrahams, is not convinced that that number is accurate. “It is quite likely that close to 100 per cent (of Jamaicans) know somebody who has had one [an abortion],” said Abrahams. See full story on The Gleaner’s website. 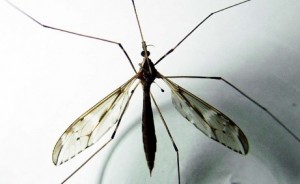 The Hanover Health Department is closely monitoring communities such as Cacoon Castle, Rock Spring and Woodsville in the western parish, after it was discovered that the districts have a very high prevalence of the aedes aegypti mosquito. In a report tabled at the general meeting of the Hanover Municipal Corporation last week, it was pointed out that some 548 premises across those three districts were found to be breeding grounds for the vector. See full story on The Gleaner’s website.

State agency representatives and residents of the Clarendon community of Treadlight were sent scampering this morning as shots rang out adjacent to a property they were preparing to facilitate birth registration activities. The event was to be hosted in the community square. See full story on The Gleaner’s website.