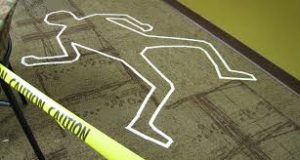 National Security Minister Dr Horace Chang says that the gangsters responsible for the gun-slaying of seven persons in a 12-hour murderous rampage in Grange Hill, Westmoreland, on Tuesday night are animals that should be tracked down, located, and got rid of. See full story on The Gleaner’s website.

Mayor of Port Antonio Paul Thompson has accepted that five murders in four months in the usually peaceful parish of Portland is alarming, but he doesn’t expect that number to escalate much for the rest of the year. “Because of what has unfolded over the past four months, it is fair to say we have a crime situation, but I don’t see it getting worse because we’re not used to it here in Portland,” declared Thompson, councillor for the Manchioneal division in the parish. See full story on The Gleaner’s website. 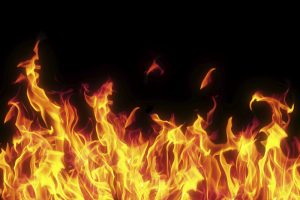 Three women were burnt to death in a fire that destroyed the Bad Fowl night club in St Mary early this morning. The police have confirmed the incident, but said the identities have not yet been ascertained. The women are believed to have been employed to the club, located in Trinity district. See full story on The Gleaner’s website.

Following a five-hour debate yesterday, the Senate approved a resolution to extend the state of public emergency (SOE) in St James for 90 days after a five-hour debate. The 16 senators who were present, like their colleagues in the Lower House on Tuesday, voted unanimously for the extension. Eight other senators were absent. See full story on The Gleaner’s website.

5. Ramps for disabled in schools

More schools across Jamaica will be outfitted with ramps to make them more accessible to the physically disabled, starting on Labour Day, May 23. Director, Donor and Partnership Management for the National Education Trust, Latoya Harris, said the target is to outfit 130 schools across Jamaica with ramps to facilitate access to the ground floors. See full story on The Gleaner’s website.

Members of the Public Accounts Committee of Parliament have contended that the auditor general’s claim of a cost overrun of US$2.71 million for a Jamaica Development Infrastructure Project for quantity surveyor services may not be painting an accurate picture. The issue emanated from an audit of the Road Maintenance Fund (RMF) between April 1, 2015, and March 31, 2016. The RMF had contracted the quantity surveyor with an initial budget of US$1.92 million. See full story on The Gleaner’s website.