The Government will be spending $9 million this year to strengthen the National Air Quality Management Programme with the money being used to, among other things, expand Jamaica’s monitoring regime and build technical capacity to further bolster and enhance procedures, protocols and standards. See full story on the Gleaner’s website.

Residents of Denham Town in west Kingston yesterday welcomed an increase in the presence of the security forces in their community after several persons were reported to have been shot in the zone of special operations (ZOSO) in recent weeks. The presence of the security forces had been scaled down recently as the ZOSO entered its build phase, where the emphasis has been placed on social-intervention activities and less on the search for illegal weapons and wanted men. See full story on the Gleaner’s website.

Portmore United won their sixth Red Stripe Premier League title after holding their nerves to beat Waterhouse 4-3 on penalties at the National Stadium, after both teams had played out a 0-0 scoreline in regulation and extra time. Kemar Beckford and Carlos Barrett were the culprits for Waterhouse, missing their efforts from the spot, while Portmore’s Ewan Grandison, Roberto Johnson, Damano Solomon and Jermie Lynch all bulged the net. See full story on the Gleaner’s website. 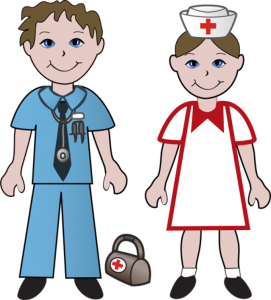 Nurses at Bellevue Hospital in Kingston are left to fend off robbers and other malicious persons amid growing fears that their lives could be in danger following the attack on one of their own last week. The incident, which occurred last Tuesday night, left staff members shaken after the ordeal. It has again raised the question of security at the island’s largest mental-health facility spanning more than 100 acres, as nurses and support staff worry about their safety. See full story on the Gleaner’s website.

The British government Monday said Commonwealth nationals, including those from the Caribbean, who came to Britain between 1948 and 1973 would have their status formalised following the controversy that erupted over the so-called undocumented United Kingdom (UK) immigrants. See full story on the Gleaner’s website.

Tourism Minister Ed Bartlett is projecting a near doubling of Latin American tourists visiting Jamaica by 2021 to about 60,000. This follows a series of engagements with senior executives of Latam and Copa, the two leading airlines in Argentina and Chile.  See full story on the Gleaner’s website.