Energy giant New Fortress will be making further steps in a matter of weeks to begin “dropping irons” in its preparatory work for the construction of a liquefied natural gas (LNG) hub. New Fortress founder and chairman Wesley Edens made the announcement on Wednesday at the unveiling of several LNG-power tractor heads at Devon House in St Andrew, introduced by local industrial gas supplier IGL. Edens said that it was part of efforts to make Jamaica the LNG hub in the region, and by so doing, reduce dependency on diesel and gasoline. See full story on the Gleaner’s website. 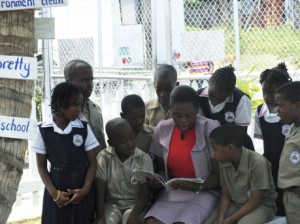 The National Education Inspectorate (NEI) 2017 Report has revealed that there are improvements across all eight indicators of school effectiveness in the 189 institutions inspected. Of the 189 schools inspected by NEI personnel during the last academic year, 147 were primary while 42 were secondary. Within these schools, the team observed 10,000 lessons, administered 12,000 questionnaires, conducted 1,200 interviews, and reviewed 2,800 documents. The schools are located across the six education regions. See full story on the Gleaner’s website.

State Minister for National Security Rudyard Spencer has issued a formal apology through a letter written by the political ombudsman, Donna Parchment Brown, for partisan comments he made at a Jamaica Labour Party (JLP) meeting in Bellefield, Manchester, on March 18. Parchment Brown summoned Spencer to a meeting on Tuesday to discuss the breach of standard as outlined in the Agreement and Declaration on Political Conduct. See full story on the Gleaner’s website. 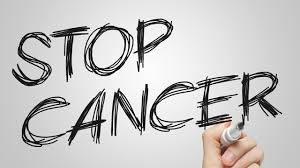 The Jamaica Cancer Society (JCS) has called for a national cancer research agenda to improve the effectiveness of cancer control through cancer research and surveillance. But for this to be achieved, Yulit Gordon, executive director of the JCS, has underscored the importance of all-island data, which must be provided by the National Cancer Registry (NCR), which was launched by the Ministry of Health (MOH) five years ago. See full story on the Gleaner’s website.

The United Nation’s World Summit on Information Technology this year saw more than 30 nationalities, 14 teams and a wide range of experienced individuals participating in the ‘Hack Against Hunger’ Hackathon, which was held in Geneva, Switzerland. However, it was a four-member team which represented Jamaica, who was one of three teams, who were announced as winners after presenting a web- and mobile-based application on increasing food security. See full story on the Gleaner’s website.

The emission of noxious fumes plaguing the Cornwall Regional Hospital (CRH) in Montego Bay, St James, could be far more serious than initially believed as more than 100 nurses have been adversely affected, according to Carmen Johnson, president of the Nurses’ Association of Jamaica (NAJ). See full story on the Gleaner’s website.