Senate amendments to the controversial National Identification Registration Act 2017, otherwise called the NIDS bill, received unanimous support from Government lawmakers in the Lower House yesterday in the absence of the parliamentary Opposition. The Opposition had earlier exited the chamber following a “20-minute” suspension of the sitting by Speaker of the House, Pearnel Charles. See full story on The Gleaner’s website.

2. NWA to do islandwide road repairs

The National Works Agency (NWA) is to spend another $1.7 billion to rehabilitate roadways across the island. According to manager of communication and customer services at the NWA, Stephen Shaw, some 21 roadways in seven parishes will be given attention under the second phase of the local component of the Major Infrastructure Development Programme (MIDP). See full story on The Gleaner’s website. 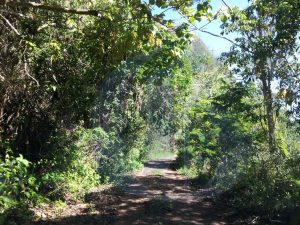 3. No mining in Cockpit Country -PM

Prime Minister Andrew Holness has announced that no mining will be permitted in the Cockpit Country Protected Area. Holness made the declaration in Parliament a short while ago, weeks after the deadline for his response to a successful petition against permitting mining in the Cockpit Country Protected Area. See full story on The Gleaner’s website.

Michael Belnavis, the chairman of Jamaica National Cruise Council, says the expected boon from the increase in the number of ships calling at Falmouth Pier due to hurricane destruction to other piers in the Caribbean and Key West in Florida, has fallen short of original expectations. See full story on The Gleaner’s website.

Contractor General Dirk Harrison has recommended that the Director of Public Prosecutions pursue criminal investigations against a number of persons in relation to the award of contracts in the St Ann South East constituency represented in Parliament by Lisa Hanna. The report on the Contractor general’s probe which began in 2015 was tabled in the House of Representatives Tuesday afternoon. See full story on The Gleaner’s website.

Four of Jamaica’s attractions managed by the Urban Development Corporation (UDC) have copped certificates of excellence from the world’s largest travel site, TripAdvisor, for 2017 for excellence in hospitality and for continuously meeting the needs of their customers. See full story on The Gleaner’s website.