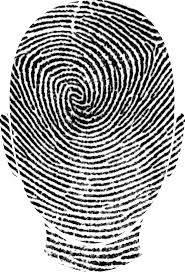 Public-sector workers will become the guinea pigs of the National Identification System (NIDS) rollout as they have been selected for the pilot programme for the collection of biometric data to produce a unique identification number for all Jamaicans. See full story on The Gleaner’s website.

2. PNP to explore all options over NIDS

President of the People’s National Party (PNP) Dr Peter Phillips says the party is prepared to pursue all avenues including the courts to secure changes to the proposed National Identification and Registration Act. Speaking at a press conference this afternoon, Phillips said the party maintains its view that the bill has too many flaws. See full story on The Gleaner’s website.

The Government of Jamaica is considering repurchasing the Venezuelan government’s stake in Petrojam after an executive order by US president Donald Trump put the state entity in a precarious position. In August, Trump issued additional sanctions on Venezuela amid the ongoing economic and political turmoil in that country. See full story on The Gleaner’s website.

Experienced Jamaican sprinter Nesta Carter is today arguing his case to the Court of Arbitration for Sport (CAS) as he appeals his disqualification from the 2008 Olympic Games for a doping violation. Carter was scratched from the Beijng Games after testing positive for the banned substance methylhexaneamine in a reanalysis programme covering stored samples from the 2008 and 2012 Olympic Games.  See full story on The Gleaner’s website.

That’s the word from Prime Minister Andrew Holness as he piloted a bill in Parliament yesterday to abolish the Road Maintenance Fund and transfer its functions to the Ministry of Economic Growth and Job Creation by March 2018. Holness reminded his parliamentary colleagues that the Government had announced earlier this year that it would close at least five public bodies by the end of 2017. See full story on The Gleaner’s website.

All but four of the 19 police divisions across the island have reported an increase in murders, some by more than 100 per cent, as the bloodletting by marauding criminals continues unabated. At the top of the list, according to the latest statistics compiled by the Jamaica Constabulary Force (JCF), is the St James Police Division, which is closing in on a record 300 reported murders in a calendar year. See full story on The Gleaner’s website.