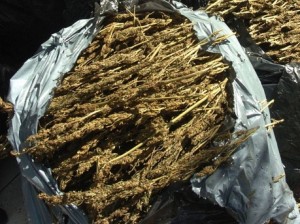 Health Minister Dr Christopher Tufton is now investigating concerns by the Ganja Growers and Producers Association Jamaica over the involvement of Chief Medical Officer Dr Winston De La Haye in workshops geared at providing training in the use of medical marijuana. See full story on The Gleaner’s website.

The viability of Jamaica’s legal ganja and hemp industry has been called into question, with Government lawmaker Marisa Dalrymple Philibert suggesting that Jamaicans might be clinging to false hope as there are financial barriers that could exclude small farmers from participating in the sector. See full story on The Gleaner’s website.

Jamaican students have topped 14 of 35 subjects in the 2017 sitting of the Caribbean Secondary Education Certificate (CSEC) exams. The subjects include English language, mathematics and information technology. CSEC is done mostly by fifth-form students who then move on to the Caribbean Advanced Proficiency Examination (CAPE).  See full story on The Gleaner’s website.

4. Police under probe for conduct in case involving grade-one boy

The incident involving a seven-year-old boy, who was the victim of an assault at his school in Trelawny, last week, and the subsequent arrest of his mother, sparking national outraged, has taken a twist. The boy was reportedly held down by other students who inserted a piece of stick into his rectum. See full story on The Gleaner’s website.

The attorney representing the mother of Mario Deane has charged that lawyers for the Government have used the delays in the criminal proceedings related to his death in police custody to stall a wrongful-death lawsuit. The lawsuit, which was filed by Deane’s mother, Mercia Frazer, in 2014, was listed in the Supreme Court yesterday for a default judgement to be entered. See full story on The Gleaner’s website.