After recovering from an early stumble in her 200m heats to book her spot in the semi-final at the World Championships in London, young sprinter Sashalee Forbes was asked a question that has been making the rounds in the English capital. Was she and the other youngsters really capable to help drive Jamaica’s sprinting forward when the ‘Sprint Capital’ of the world was under threat to miss out on a 100m or 200m gold medal at a major international championships for the first time since the 2005 World Championships in Helsinki? See full story on The Gleaner’s website.

Serious about safeguarding the reputation of their community, residents of Arnett Gardens – particularly from an area called Zimbabwe, where 17-year-old Meadowbrook High School student Micholle Moulton was shot and killed – have rebuffed reports that she was killed by someone in the community with whom she refused to have sexual relations with. See full story on The Gleaner’s website.

The integrity of the West Kingston Commission of Enquiry is being questioned in a Jamaica Constabulary Force (JCF) review that has cleared five cops of wrongdoing in the 2010 security operation in Tivoli Gardens. The enquiry’s commissioners last year recommended that Donovan Graham, Winchroy Budhoo, Everton Tabannah, Steve Waugh, and Mario Pratt not be involved in internal security plans and implementation. Budhoo died in May. See full story on The Gleaner’s website.

The Manchester Public Health Department has ordered closed a total of nine food establishments in the parish between last week and yesterday as they were deemed to be putting the public at risk. Among those closed are all five located at the Manchester Shopping Centre Food Court, which was being shut down for the second time in the last three years. Two restaurants situated at the popular Super Plus Centre Food Court have also been closed, along with two others within the parish’s capital. See full story on The Gleaner’s website. 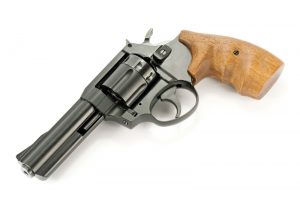 Jamaica is on the verge of recording 900 murders this year, with more than four months still remaining. Since January 1, according to statistics compiled by the Jamaica Constabulary Force (JCF), 891 persons have been killed across the island, 158, or 21 per cent, more than for the corresponding period last year. See full story on The Gleaner’s website.

6. Pastor on the run after accusations of sex with minor

A Kingston pastor accused of repeatedly having sex with a 12-year-old girl before impregnating her is now being sought by detectives at the Centre for the Investigation of Sexual Offences and Child Abuse (CISOCA). Law-enforcement sources revealed that the girl, who is now 14 years old, has given a detailed statement alleging that the 52-year-old clergyman first forced himself on to her before he began to reward her after their sexual encounters. See full story on The Gleaner’s website.