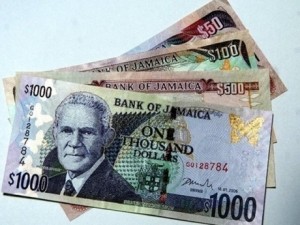 1. Billions for Zones of Special Operations

The Andrew Holness administration has pumped an additional $2.574 billion into the Ministry of National Security to assist in rolling out the Zones of Special Operations crime initiative, which is intended to target communities rocked by rampant criminality. See full story on The Gleaner’s website.

The National Environment and Planning Agency (NEPA) is reporting that there is a major oil spill in the Kingston Harbour in the vicinity of Petrojam. NEPA says preliminary information is that the spill occurred about 10 o’clock this morning. See full story on The Gleaner’s website.

Already struggling and under-resourced, public hospitals are losing an estimated $300 million to insurance companies from individuals with health coverage who are preying on public hospitals where services are ‘free’. Under the no-user-fee policy, hospitals are entitled to receive fees from insurance companies where a policy holder uses the public-health facilities. However, patients were not disclosing their status, which was giving the ministry a headache. See full story on The Gleaner’s website.

The Reggae Boyz will this evening hope to have their best performance yet at the 2017 CONCACAF Gold Cup when they go up against Canada in the quarter-final at the University of Phoenix Stadium. Kick off time is 6:30. See full story on The Gleaner’s website.

The Montego Bay business community was thrown into mourning yesterday afternoon when prominent 52-year-old businessman Winston Chue, of a Westgate Hill address, was murdered gangland-style on Miriam Way in the downtown section of the western city. See full story on The Gleaner’s website.

The Government will be seeking to implement a number of programmes, in partner-ship with Japanese educational institutions, as part of an integrated approach to safety and security in the local school curriculum. Addressing yesterday’s post Cabinet media briefing at Jamaica House, Education Minister Ruel Reid announced that partnerships have been established with universities and high schools in Japan for the development and offering of programmes on disaster science and green engineering, as well for the setting up of a new science school in the island. See full story on The Gleaner’s website.