Anti-Trump protesters descended on Trump Towers in both New York City and Chicago to express outrage over the businessman’s victory at the polls on Tuesday. See full story on The Gleaner’s website. Or read more here.

Counsellor of Political and Economic Affairs at the United States Embassy in Jamaica Christian Redmer has moved to allay fears about the ascendancy of Donald Trump to the Office of President of the United States. “This is the 45th administration the United States has had, and we have had all types. No one knows for sure what the future will bring, and I say that with complete candour, however, I would remind you that we do have a strong and enduring relationship between the two countries,” he said while speaking at a post-US election Gleaner Editors’ Forum. See full story on The Gleaner’s website.

The House of Representatives descended into chaos this afternoon forcing the House Speaker to rise from his seat to regain control as Opposition members tried to block the tabling of a bill. The Bill, the Local Governance (Amendment) Act, 2016, would split the Portmore municipality from the St Catherine Municipal Corporation. See full story on The Gleaner’s website. 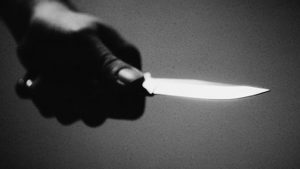 Quacie Hart, the man charged with the murder of Jamaica College student, Nicholas Francis, was remanded when he appeared in the Kingston and St. Andrew Parish Court today. See full story on The Gleaner’s website.

The number of Americans living in states with recreational marijuana more than tripled after at least three states voted to fully legalise the drug. But the election of Republican Donald Trump and GOP majorities in the Senate and House tempered advocates’ excitement about an easing of federal restrictions. See full story on The Gleaner’s website.

SOME EIGHT years on and at least two changes in the political administration, the Jamaican public continues the wait for a decision on the island’s ecological gem, the Cockpit Country. The latest promise of a decision came in June this year from Minister Daryl Vaz, who has responsibility for land, environment and climate change in the Ministry of Economic Growth and Job Creation. See full story on The Gleaner’s website.