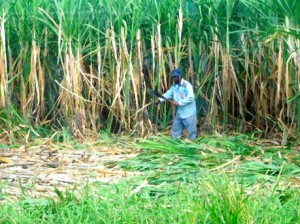 In a bid to fill the shortfall caused by the premature closure of the Frome Sugar Estate and lost time due to the recent heavy rains, local sugar producers have taken a decision to extend the 2016-17 sugar production year by two months. Annually, the season runs from December to May. See full story on The Gleaner website.

The Meteorological Service says Jamaicans should brace for higher than normal temperatures from June to August, but has rejected claims that it’s because of an equinox phenomenon, as is being circulated on social media. The message being circulated suggests that temperatures may reach 40 degrees Celsius and could cause sun stroke and dehydration. See full story on The Gleaner website.

An alarming claim that there has been a dangerous escalation in the number of persons contracting HIV in Jamaica has been rejected by chief medical officer in the Ministry of Health Dr Winston De La Haye. Earlier this week, Dr Edward Greene, United Nations (UN) special envoy on HIV to the Caribbean, revealed to a Regional Testing Day 10th Anniversary Caribbean Launch in Bridgetown, Barbados, that the region has seen a nine per cent increase in new infections, placing it second only to Eastern Europe and Central Asia. See full story on The Gleaner website.

As part of the reorganisation process, job cuts are being planned for the Financial Services Commission (FSC), which is expected to be headed by Everton McFarlane, who stepped down recently as financial secretary. But Howard Mitchell, chairman of the government regulator for the insurance, securities and pension industries, said no date has been set for the implementation. See full story on The Gleaner website.

The National Environment and Planning Agency (NEPA) and the police have launched investigations into the illegal sale of gasolene at an unauthorised property on Beechwood Avenue in the St Andrew Central Police Division, which was revealed in a Sunday Gleaner story this week. See full story on The Gleaner website.