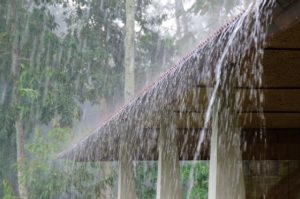 Heavy rains that have battered Jamaica over the past few days have left several of the island’s roads in a deplorable state, many of them impassable. Breakaways, sinks, and major damage are highlighted right across the country, including to several roads that were recently repaired. See full story on The Gleaner’s website.

A multimillion-dollar project touted by the Ministry of Agriculture as the future model for hay production in Jamaica has descended into a train wreck of financial mismanagement, according to the findings of a damning audit report. The audit of the Hay Commercialisation Project, which was completed last August by auditors at the agriculture ministry, paints a picture of a free-for-all, with cost overruns, unauthorised spending, and poor record-keeping for an initiative that is costing taxpayers $20 million. See full story on The Gleaner’s website.

The Planning Institute of Jamaica (PIOJ) has confirmed that approximately 200,000 people benefited from the increase in the income tax threshold to $1.5 million. But that is a number that opposition members of the Public Administration and Appropriations Committee (PAAC) claim is lower and contradicts figures given by the Andrew Holness administration. See full story on The Gleaner’s website.

4. Floodings no surprise to geologists

The authorities should not be surprised at areas left devastated by floods earlier this week, argues geologist Parris Lyew-Ayee Jr, who insists that poor planning and behavioural practices, as well as the failure to use research data to inform decisions, continue to rack up billions in unnecessary loss for Jamaica. See full story on The Gleaner’s website.

The Attorney General’s Chambers has paid nearly $70 million in judgment debts over the last nine months to litigants who successfully sued the State. In her contribution to the Sectoral Debate in the House of Representatives on Wednesday, Attorney General Marlene Malahoo Forte said that the Government has reduced the outstanding sum of $512 million in June 2016 to a little more than $443.5 million as at March 2017. The amount, according to the attorney general, does not include judgment debt interest. See full story on The Gleaner’s website.

Foundation reggae singer Frankie Paul has died. The artiste had been ailing at the University Hospital of the West Indies. Only recently, his sister had appealed for assistance with the huge hospital bill he was incurring. See full story on The Gleaner’s website.