The Manchester police are now questioning the boyfriend of an employee of the Mandeville ‎tax office in connection with her early morning murder. The woman, identified as Keniesha McKenzie-Gayle, was shot dead, allegedly by her boyfriend who is an ex soldier of the Jamaica Defence Force. See full story on The Gleaner’s website.

2. Classes suspended at Westwood after fire

Classes have been suspended for today at the Westwood High School in Stewart Town, Trelawny following a major fire which destroyed a section of the school last night. Deputy Superintendent Roland Booth, of the Trelawny Fire Brigade, said the blaze is confined to the kitchen of the school. See full story on The Gleaner’s website.

Prime Minister Andrew Holness is suggesting that the tertiary education funding model be reviewed so that the Government can increase access to financing for students to pay their own fees instead of providing a tuition subsidy. Holness made the suggestion at his induction into the UWI Honour Park for past students of the institution who are current or former heads of state. See full story on The Gleaner’s website. 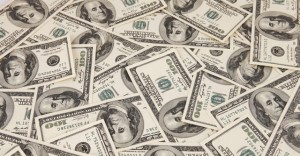 Tourism Minister Ed Bartlett says Jamaica’s tourism earned a record US$1 billion during the first four months of the year. Bartlett says the just-ended winter tourist season was the best ever for the country. The season runs from December to April. See full story on The Gleaner’s website.

5. Justice minister urges reform to discipline judges without removing them

Punishing judges without necessarily seeking their removal is among needed accountability reforms, according to Justice Minister Delroy Chuck, who has given a parliamentary speech hailing “a new face of justice” in Jamaica. “There is no expressed provision regarding disciplinary concerns in matters which may not rise to the level of potential removal from office,” Chuck said yesterday in his Sectoral Debate contribution to the House of Representatives. See full story on The Gleaner’s website.

6. US judge remands 7 of 8 alleged scammers

A judge in the United States (US) has ordered that seven of the eight Jamaicans who were extradited last week for their alleged role in a lottery scam scheme that raked in more than US$5.6 million should remain in custody until their trial. The order was made by Magistrate Judge Charles Miller as the seven Jamaicans, including police Constable Jason Jahalal, appeared in US District Court, in Bismarck, North Dakota. See full story on The Gleaner’s website.