A parish judge yesterday mocked the $100 maximum fine the law allowed her to impose on reputed gang leader Tesha Miller after he pleaded guilty to making a false declaration to Jamaican immigration officials. Some lawmakers, too, have expressed shock that such a maximum penalty remains on the books, saying it’s a “shame”, and the “sleeping” Parliament has to do something quickly. See full story on The Gleaner’s website.

Raising questions about ‘fit and proper’ criteria for receiving contracts from the Government, Opposition Spokesman on National Security Peter Bunting yesterday queried whether someone who had been convicted for narcotics and related offences and deported from the United States would be in a position to be awarded a more-than-$400-million contract from the Ministry of National Security. See full story on The Gleaner’s website.

The police say charges are pending against a Romanian man who was held in connection with an ATM fraud scheme in Half-Way Tree, St Andrew yesterday. Head of the Counter Terrorism Branch of the Jamaica Constabulary Force, Assistant Commissioner Clifford Chambers, told The Gleaner that the man was held at an ATM at the Pavilion Mall. See full story on The Gleaner’s website.

4. Eat What You Grow’ saving Ja $5b annually

Senator Norman Grant, president of the Jamaica Agricultural Society (JAS), said the ‘Eat What You Grow’ campaign has been shaving approximately US$40 million (J$5,134,123,600) from the nation’s food import bill since its inception in 2003. Grant made the announcement while addressing the 36th annual staging of the Montpelier Agricultural Show in St James on Easter Monday. See full story on The Gleaner’s website.

West Indies superstar Chris Gayle became the first batsman to score 10,000 in Twenty20s, when he belted a typically bellicose half-century to fire Royal Challengers Bangalore to a 21-run win over Dwayne Smith’s Gujarat Lions in the Indian Premier League. See full story on The Gleaner’s website. 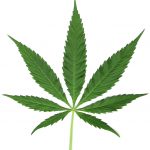