Five years after 17-year-old Kajheel Mais was reportedly shot and killed by the driver of a BMW X6, the accused, Patrick Powell, has been handed a not-guilty verdict. Jamaica’s Chief Prosecutor Paula Llewellyn yesterday confirmed that the main eyewitness in the so-called X6 murder trial (#X6trial), taxi driver Wayne Wright, gave testimony that was “clearly different” from the account he gave police investigators, but said she would not speculate on what influenced his actions, and urged him to do some soul searching. See the full story on The Gleaner’s website, and the DPP’s comments on the main witness’ behaviour.

St James is now standing on the doorstep of dubious history as the parish registered its 212th murder over the past weekend, equalling last year’s record-breaking tally. This year is now on the verge of becoming the bloodiest year in the parish’s history. See full story on The Gleaner’s website. 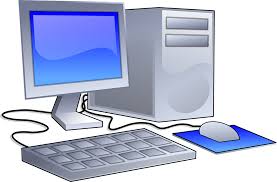 While noting that he has not heard any reports of Jamaican organisations being seriously affected by the massive cyber attacks that crippled a major Internet firm and repeatedly disrupted the availability of popular websites across the United States and other countries around the world, IT expert Christopher Reckord is calling for greater awareness among users of household devices connected to the Internet. See full story on The Gleaner’s website.

Trade unionist Danny Roberts is encouraging public-sector workers and others to find a way to minimise the need for the contentious and adversarial debate that normally accompanies the collective-bargaining process. See full story on The Gleaner’s website.

Regional catastrophe insurer CCRIF has paid out US$29.2 million to four Caribbean countries battered by Hurricane Matthew at the top of this month. The largest payments went to Haiti – around US$23.4 million of which US$3 million was for excessive rainfall – where at least 500 people were killed, while St Lucia collected a $3.78 million cheque on Wednesday. See full story on The Gleaner’s website.

Venezuela’s Congress on Sunday declared that the government had staged a coup by blocking a drive to recall President Nicolas Maduro in a raucous legislative session that was interrupted when his supporters stormed the chamber. Opposition lawmakers vowed to put Maduro on trial after a court friendly to his socialist administration on Thursday suspended their campaign to collect signatures to hold a referendum on removing the deeply unpopular president. See full story on The Gleaner’s website.