Jamaica ended its sojourn at the IAAF World Under-20 Championships on a high as Calabar High School’s Kai Chang, with gold in the men’s discus; Britany Anderson, with silver in the women’s 100m hurdles; and the women’s 4x400m relay team with bronze, saw the country picking up three medals on the final day. See full story on The Gleaner’s website.

Jamaica had three victories on yesterday’s final day of competition at the Athletics World Cup in London, England, as Shericka Jackson, Shanieka Ricketts and Tyquendo Tracey won their respective events. Jamaica, with 153 points, ended fourth overall, as the United States, on 219 points, walked away with the Global Platinum Trophy for topping the overall standing. See full story on The Gleaner’s website.

3. One dead, 8 injured in Portland crash

One man is dead and eight persons including a child were rushed to hospital following a three-vehicle crash along Allan Avenue in Port Antonio, Portland, shortly after 9:30 p.m. yesterday. The dead man’s identity is yet to be ascertained. See full story on The Gleaner’s website.

As local government authorities prepare to undertake drain cleaning activities across the Corporate Area, Professor Trevor Munroe, executive director of the National Integrity Action, has warned against corruption in the issuance of contracts. The Kingston and St Andrew Municipal Corporation (KSAMC) announced on Tuesday that drain cleaning activities were to get underway some time last week in 21 divisions, once the necessary funds had been pooled. See full story on The Gleaner’s website.

Fearing backlash from foreign banking partners, local lenders are reluctant to do business with the emergent cannabis industry. Senator Mark Golding, a former minister of justice and now opposition spokesman on finance, is pitching to industry interests – those with legitimate permits – the idea of banding together as a cooperative and launching a ‘ganja credit union’. See full story on The Gleaner’s website. 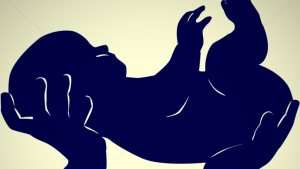 With abortions being illegal in Jamaica, there is no official count on the number being done locally each year, and the estimate differs greatly, depending on which side of the divide one falls. For those in favour of legalising abortions, the number is alarmingly high, but not so for the anti-abortion supporters. See full story on The Gleaner’s website.