Firefighters have been working since about 1 o’clock this morning to extinguish a major fire at Atlantic Hardware and Pings Fabrics warehouses on Ashenheim Road in Kingston. The mighty blaze also spread to the adjacent offices of Pings Syrup,  Chem-Quip Water Treatment Ltd, and renowned caterer Jacqui Tyson, creating extensive damage. See full story on The Gleaner’s website.

Motorists and residents in the Corporate Area have rubbished claims by the National Works Agency (NWA) that unruly motorists were at the heart of the traffic gridlock that brought movement to a standstill for extended hours yesterday. See full story on The Gleaner’s website.

Jamaica Athletics Administrative Association President Dr Warren Blake has expressed disappointment at Jamaica’s failure to become the host of the 2019 IAAF World Relays. Blake said the Government was not able to provide a written financial backing to the IAAF, despite the world governing body extending the period given for the country to provide the document. See full story on The Gleaner’s website. 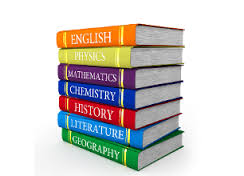 Education Minister Senator Ruel Reid believes if Jamaica is to become a viable, productive force in the 21st century, educational opportunities must be made available to all. “The reality of Jamaica today is that only 15 per cent of our population has tertiary education, 18 per cent has technical training, and 67 per cent is somewhere between not trained and not certified,” said Reid, who was delivering the keynote address at the official launch of the 2018-2019 school year, which was held at the newly branded Knockalva Polytechnic College in Ramble, Hanover. See full story on The Gleaner’s website.

Popular Trinidadian cineplex, MovieTowne, is looking to come to Jamaica. MovieTowne chairman and founder Derek Chin told the Trinidad Express newspaper on Monday that he plans to expand into the island and in St Lucia. See full story on The Gleaner’s website.