With Cabinet approval in hand, the Ministry of Labour and Social Security disclosed on Monday that it is pursuing an overhaul of public pension fund manager National Insurance Fund (NIF) that will result in its merger with the National Insurance Scheme (NIS). See full story on The Gleaner’s website.

2. SOE pushing murder down, tourism up

It’s not “perfect” and an alternative is quite welcome, but the ongoing state of public emergency (SOE) in the parish of St James has been the catalyst for murders trending down, according to Winston Lawson, president of the Montego Bay Chamber of Commerce. See full story on The Gleaner’s website.

Fishermen attached to Rainforest Seafoods caught an unlikely catch at sea on Monday when an elderly fisherman was rescued after drifting for seven days. The man, known only as Okey, in his late 50s, of a Treasure Beach address, was in a horrible condition, hungry, exhausted and near death, Rainforest Seafoods’ Director of Marketing and Corporate Affairs Roger Lyn confirmed to The Gleaner. See full story on The Gleaner’s website. 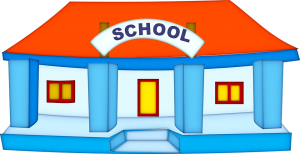 Members of parliament’s Constituency Development Fund Committee yesterday blasted school administrators who continued to demand the payment of auxiliary fees before students are admitted. During a special sitting of the CDF committee yesterday chairman, Everald Warmington, noted the number of projects submitted by Members of Parliament for additional funding for educational assistance and charged that the majority related to assistance with paying auxiliary fees for students going to high schools. See full story on The Gleaner’s website.

The National Environment and Planning Agency (NEPA) last Friday gave the green light to game bird hunters to legally hunt the white-tailed deer that is wreaking havoc on crops in Portland and elsewhere. See full story on The Gleaner’s website.

Trouble is brewing ahead of Saturday’s official start to the 2018 game bird hunting season, which runs until Sunday, September 23, as businessman Authnel Reid of Portland Bight, Clarendon, served notice last Friday that registered hunters like himself who are not aligned to any gun clubs would not allow themselves to be intimidated by outsiders who claim to lease property in the area during the annual bird-shooting season. See full story on The Gleaner’s website.