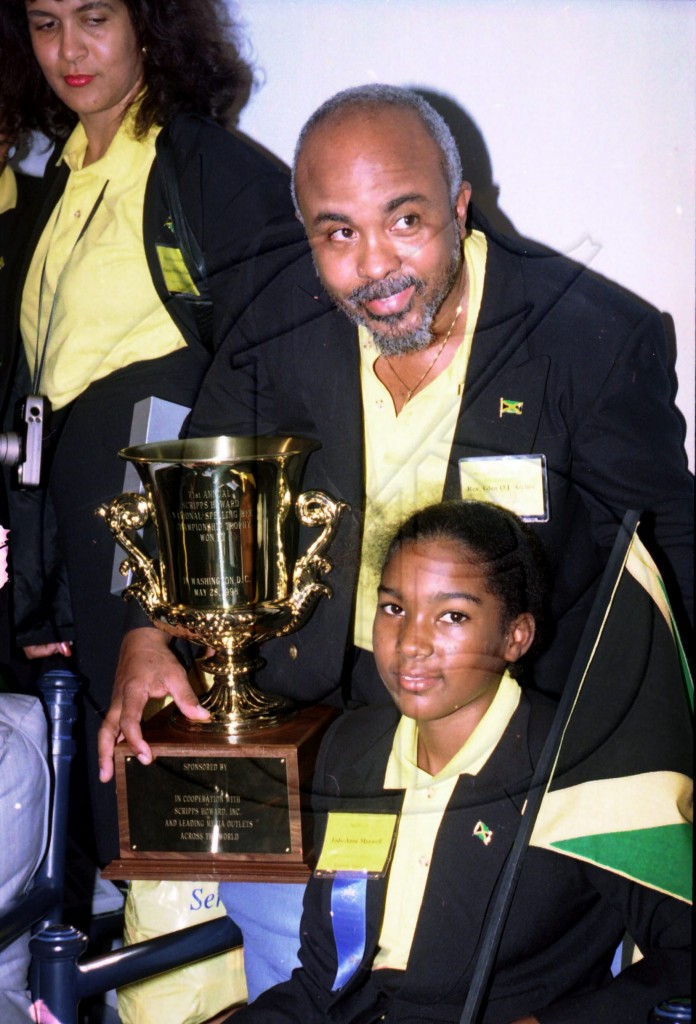 “A good teacher can inspire hope, ignite the imagination, and instill a love of learning.”

The late Reverend O.J. Archer, B.Th., O.D. was an amazing individual who coached his way into the hearts of many Jamaicans by leading over 26 National Champions in the Gleaner’s Children’s Own Spelling Bee competition.  A harder worker, Rev Glen Archer was a ‘jack of all trades’ as he was also a teacher and a trained pastor. Spelling Bee coach extraordinaire, Rev Glen Archer instilled in each of his students, the sound belief in dedication, discipline and excellence through his tough but effective training methods.

A true Jamaican patriot, Reverend Glen Archer, we salute you and your hard work.

Can you spell L-E-G-E-N-D? Check out 6 epic facts about the great man.

Epic Fact #1: Reverend Glen Archer was a Spelling Bee Champ himself.  He was the top Champion boy for St Andrew in the parish finals of the Spelling Bee Championships. Placing sixth in the Gleaner’s Children’s Own Spelling Bee, Rev Archer was well on his way to greatness at the tender age of 11. How many other eleven year olds’ do you know that could probably spell words like C-R-E-P-U-S-C-U-L-A-R?

Epic Fact # 4: The Reverend was also an avid sports fan. Rev Archer became the manager of Ardenne’s football team for 10 years, 1991-2001 which saw the school winning both the Manning Cup and the Oliver Shield in the same year he started. Coincidence? We think not.

Epic Fact #5: Known as ‘Coach Midas’, Rev Archer reached the pinnacle of his success in 1998 when he coached Jody-Anne Maxwell, the ten year old Jamaican to a historic victory in the esteemed international Scripps Howard National Spelling Bee (now the Scripps National Spelling Bee) in the United States. To date, Maxwell Jody-Anne is the only non-American to have the Scripps Howard National, beating out nearly 300 competitors.

Epic Fact #6: The Reverend has coached over 17 consecutive champions from 1993-2009. No one could deny his talent and zeal.

He was a man that touched many lives so share your epic experiences with Reverend Glen Archer below. Let us all be inspired by his life and his lessons.  Walk good Rev. Archer,walk good.