On Tuesday, May 6, 2017, Jamaica lost a football giant in the form of Captain Horace Burrell, late president of the Jamaica Football Federation and the man at the helm when the country’s Reggae Boyz qualified for the FIFA World Cup Finals in 1997. He was an irreplaceable player in Jamaica’s football history, and distinguished himself as an astute leader, entrepreneur, businessman and diplomat. Not many people are aware that he was a former president of the Jamaica Bakers’ Association, or that he used to lead the Jamaica Defence Force’s (JDF) football team long before he became involved in football at the national level. Here are five moments in our nation’s history that diGJamaica will never forget him for: 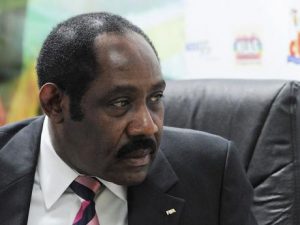 … when he became captain of the Jamaica Football Federation (JFF) in 1994.

It was the year he took over the JFF’s presidency from Heron Dale, and breathed his own version of life into the organisation. It was also the year the Football Foundation of Jamaica (FFJ) was launched, with a team of volunteers determined to steer the nation’s football team towards FIFA World Cup Finals qualification in 1998 – which they did. 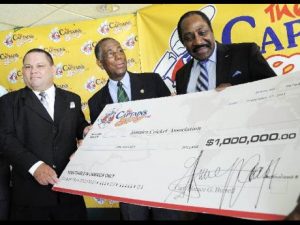 No-one will ever forget the ads that permeated TV screens, newspaper and radio. Remember the jingle featuring Oliver Samuels, Dorothy Cunningham and Volier Johnson? “What the Captain bakes … ba-da-ba-da-ba-da!” It was a big deal, with plenty of pomp and fanfare for the bakery that claimed to “mek donkey, car and bus draw brakes”. The Captain’s Bakery & Grill has since opened numerous branches throughout the island, putting its own stamp on Jamaica and establishing an ode to the business acumen of the Captain. 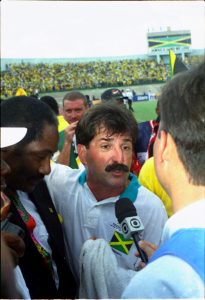 … when Jamaica’s Reggae Boyz qualified for the 1998 FIFA World Cup Finals in France.

Nobody who was alive in Jamaica at the time will ever forget this period in our country’s sporting history. The air was literally rich with the excitement of the accomplishment. Chests everywhere were swollen with the sweetness of national pride and the intoxicating euphoria and prestige of being the first nation in the English-speaking Caribbean to qualify for the World Cup Finals. The song ‘Rise Up’ became a temporary anthem, and could be heard blaring from every street corner, and in every motor vehicle. ‘Epic’ doesn’t even begin to explain how people saw this feat. Many thought Rene Simoes (the Reggae Boyz coach at the time) would be made a national hero. It was Jamaica’s moment, and many would say, the crowning moment of achievement for the Captain, and his tenure as JFF president. 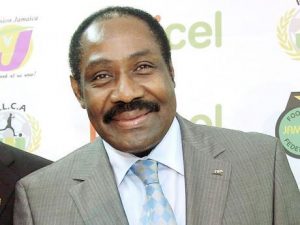 … when he received the Order of Distinction (Commander Class) from the Jamaican Government and the Order of Merit from FIFA in 1998.

After leading the country to World Cup glory, and for his illustrious background in business and leadership in the island, the Captain was awarded the Order of Distinction (commander Class) by the Government of Jamaica, who could not have chosen a better time to  bestow this honour on him. Not to be outdone, FIFA awarded him the Order of Merit for his work in Jamaican and Caribbean football. 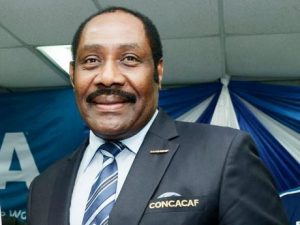 … when he founded the Captain’s Aviation Services in 2008.

It was another milestone for him as a businessman, and the expansion of a fledgling market in Jamaica. The Captain’s Aviation Services offers private helicopter travel to and from locations across Jamaica, concentrating on more popular tourist destinations, such as the Blue Mountains, Lover’s Leap, Port Royal and Dunn’s River. It was yet another signal of the Captain’s business prowess.