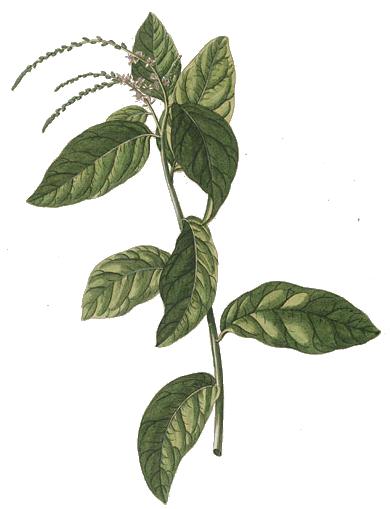 ‘Bush tea’ is something many Jamaicans grew up on, where the ‘bush’ in question could be anything from black mint to lime leaf to cerasee to guinea hen weed and many more. Our grandparents would tell us that these plants were good for us, especially if the plants weren’t pleasant to the taste. And they were right. Many in the older generations knew which plants worked for which ailments through observation, or accounts handed down from their own parents, and today, scientific findings have backed up the effectiveness of these ‘home remedies.’ The particular ‘bush’ under the microscope today is guinea hen weed.

The plant is known by several other names in Jamaica – guinea hen leaf, garlic weed or gully root. It is also known as anamu in South America. Research has found that it can treat a number of ailments, and even contains cancer-fighting properties. Today, we read in The Gleaner that local researchers, led by Dr Henry Lowe, have discovered antiviral properties in the plant. Many of us hit by the chikungunya virus in 2014 certainly turned to the plant for relief. Guinea hen weed contains a compound known as dibenzyl trisulphide (DTS), which has been proven to inhibit the survival of the human hepatitis C virus and the human immunodeficiency virus (HIV).

Here are some more interesting facts about guinea hen weed: