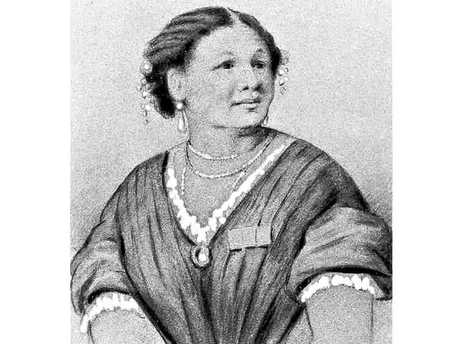 Today is World Humanitarian Day. According to the official website, World Humanitarian Day makes “it clear that we stand in solidarity against conflict, torture, disease, famine, suffering and the poor leadership that often turns a blind eye.” Check out this diverse list of Jamaican do-gooders across the generations who through their work have lived up to this call for action.

Born in 1893, Cicely Williams was an Oxford trained doctor. A medical pioneer in the field of paediatrics, she is lauded for correctly diagnosing and treating kwashiorkor in the Gold Coast (now Ghana). Her other notable work included heading a campaign against the substitution of sweetened condensed milk in place of breast milk, a practice that was increasingly encouraged in poorer nations in her time to the detriment of the health of babies. Read more about Dr. Williams in our Epic Women post.

Featured previously on the blog in our 5 Facts: Mary Seacole and Epic Women posts, Mary Seacole’s legacy as a humanitarian is larger than life. Most known for offering aid to injured soldiers during the Crimean War, Ms. Seacole was awarded Jamaica’s Order of Merit posthumously in recognition of her steadfast commitment to helping those in need.

Born in Trinidad, but living in Jamaica for decades, Monsignor Ramkissoon founded the first Mustard Seed Community in Kingston in 1978. The mission of the community was an often overlooked cause in Jamaica; supporting abandoned children with disabilities. From this humble beginning,  Mustard Seed Communities has grown to encompass 14 homes across 4 countries, supporting adults and children who face a number of difficult circumstances. Monsignor Ramkissoon has rightfully earned a number of awards for his work, including the Order of Jamaica.

Recording artiste, Shaggy is more than a musician. In 2009, Shaggy’s Make a Difference Foundation held the first annual Shaggy and Friends concert to raise much needed funds for the Bustamante Children’s Hospital. As the English speaking Caribbean’s only specialist children’s hospital, there was an immediate need to improve Bustamante’s facilities. Teaming his musical friends with a number of corporate sponsors, Shaggy’s concert series has raised upwards of US$1 million in proceeds towards this worthy cause.

A Jamaican who migrated in pursuit of the elusive American dream, Mr. Hawthorne founded Golden Krust, a chain of Caribbean eateries to tremendous success. Attributing much of this success to his parents’ insistence on education, he founded the Mavis and Ephraim Hawthorne Golden Krust Foundation in their memory. This organization provides scholarships to students pursuing tertiary education in the United States as well as supporting other social services and activities in needy communities. Since 2011, his foundation has allowed more than 80 students to attend university.

These Jamaicans show the great things that can happen when you follow the impulse to do good. Read our Jamaican Youth Organisations Making a Difference post for ideas on groups to join or donate to.