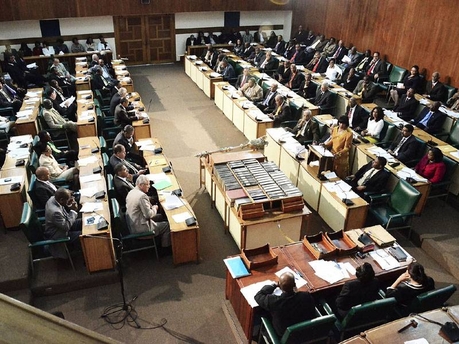 The Senate, which is also known as the Upper House of the Jamaican Parliament, has been in the news since the start of the week, following Opposition Leader Andrew Holness’ victory in the Jamaica Labour Party’s fractious internal leadership election on Sunday. Following Holness’ victory, the entire Shadow Cabinet tendered letters of resignation after his challenger, Audley Shaw, and six of his key supporters did the same. Five of the eight Opposition senators also resigned yesterday, in a bid to give Holness “a free hand” to choose the who sits in the Upper House from the JLP. The latest news is that senators Christopher Tufton and Arthur Williams, who had previously refused to resign, have now done so.

In light of the current interest, we share some information on the history and composition of the Jamaican Senate this Fact Friday.

Read more about the Senate here. Also, visit the Houses of Parliament website for more information.