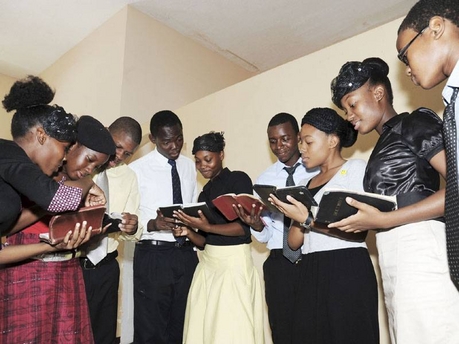 The Gleaner once featured a headline that might be perplexing to the average Jamaican: Goodbye, God? Irish Scientist Predicts Atheism Will Overtake Religion In Jamaica. How could this be, when about 77 per cent of the population identifies as religious? We have also been told that Jamaica has the most churches per square mile of any country in the world.

However, Irish scientist, Dr Nigel Barber, argues that the majority of Jamaicans will not believe in the existence of God by 2041. Barber based his conclusions on a study of people living in 137 countries, including Jamaica. Those conclusions are published in his book, Why Atheism Will Replace Religion.

Whether Dr Barber is right or not, religion has certainly played a major role in shaping the lives of the average Jamaican.

Here are 5 facts on the Christian denominations along with some other useful links about religion in Jamaica:

For an overview of religion in Jamaica, read Ecclesiastical + Religious

View a slideshow of Parish Churches in Jamaica