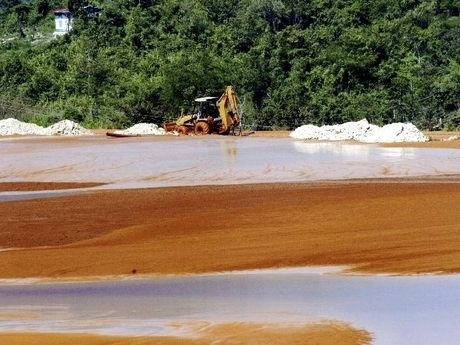 Jamaicans woke up in mid-January to the news that we have potentially been sitting on a multi-billion dollar mineral mine: rare earth elements (REEs), which are key ingredients in the manufacturing of cell phones, wind turbines and gas-saving cars, had been discovered in the island’s bauxite waste.

Excitement abounded following the announcement as many envisioned the establishment of a lucrative new industry that could help to ease the country’s financial burdens. There have been no updates on the status of the pilot plant at Hope Gardens since ground was broken in February, but interest is still strong. This Five Facts Friday, we share some key information about REEs:

For more information, read this account from Professor The Hon. Gerald Lalor, OJ, founder of the International Centre for Environmental and Nuclear Sciences (ICENS) at The University of The West Indies, Mona.