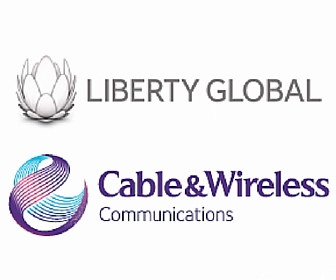 Over the last year, a number of mergers took place in the Jamaican business landscape. One of the biggest stories was the joining of Columbus International and Cable & Wireless Communications. More recently, news broke that Liberty Global is in talks to takeover Cable & Wireless Communications (CWC). Speculation has arisen that this deal could be a game-changer for the local cable and telecommunications industry. By law, Liberty must make its intentions with CWC known by November 19th at the latest. Until an announcement of intent is made, learn more about about the newest possible entrant to the Jamaican telecommunications and cable network industry through our 5 facts:

1. A company with great international reach, Liberty now operates in 14 countries, and according to its website has 27 million customers. Liberty provides cable television, broadband internet, mobile and fixed telephone services to its customers, and has recently placed much emphasis on provision of quad play bundles.

2. Strong acquisition strategy and complex deals are par for the course for Liberty, as seen through a recent $55 billion deal between its company, Charter Communications, and Time Warner Cable. If finalized, the deal will put Charter on track to becoming one of the largest cable providers in the United States.

3. The Liberty Group of Companies has a Latin American and Caribbean arm named the LiLAC Group. LiLAC is listed on the stock exchange, traded through tracking stocks LILA and LILAK on the NASDAQ Global Select Market, and LILAB traded on the OTC link.

4. Billionaire and America’s largest landowner, John Malone, is the chairman of Liberty Global. His role in the takeover may be a hot topic, as he owns a great deal of shares in both companies. His stake in Liberty Global is 25%, making him the largest individual shareholder. His stake in CWC, on the other hand, is 13%, and comes from the finalized deal between CWC and Columbus International (Flow), in which he was a shareholder. It is being maintained that Mr. Malone will not take part in negotiations to avoid any potential conflict of interest.

5. As of now, the takeover is estimated to value upwards of US$5 billion in a cash and stock deal. Since announcement of the talks between the companies on October 22nd, CWC stock has appreciated by 21 percent.

The diGJamaica blog will keep you updated on any vital information of this potential deal. You can read each company’s press release on the matter by clicking here and here. Comment to let us know your thoughts on this latest development in the local telecommunications and cable industry.