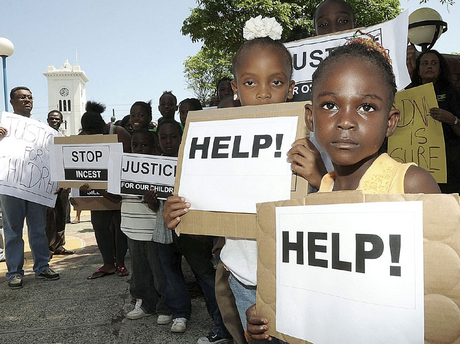 Jamaica has attained a Tier 2 ranking in the United States (US) Department of State Trafficking in Persons Report, moving up from the Tier 2 watch list. Classification is based on the US Trafficking and Violence Protection Act of 2000 (TVPA), which allows the State Department to rank each country according to whether it takes action to fight human trafficking. Being ranked Tier 2 means Jamaica does not fully comply with the TVPA’s minimum standards for the elimination of trafficking, but is making significant efforts. This is good news, but there is still much work to be done to get to Tier 1, which represents full compliance with the TVPA’s minimum standards. Concerns about the high number of missing persons, especially children, certainly need to be addressed.

What exactly is human trafficking, or trafficking in persons? It is also called modern-day slavery, involving victims who are forced, defrauded or coerced into labour or sexual exploitation. Persons may be trafficked within their home country or across international borders. Trafficking primarily involves exploitation, which comes in many forms, including: forcing victims into prostitution, subjecting them to slavery or involuntary servitude, compelling them to commit sex acts for the purpose of creating pornography and misleading them into debt bondage.

This Fact Friday, we share some statistics relating to this serious issue.

For tips on how to recognise and help someone who might be a victim of human trafficking, visit polaris.org.