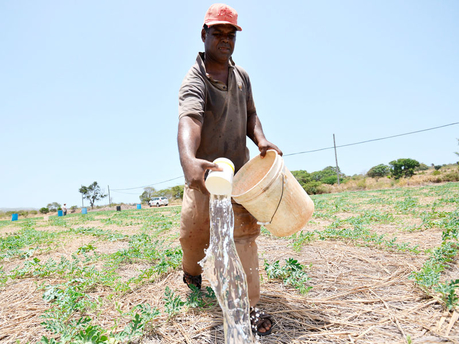 Jamaica is no stranger to droughts, which seem to affect the country in varying degrees every year. In light of our current crisis, we decided to look back through the years and collect some Gleaner stories highlighting how droughts have affected various areas and industries for Fact Friday. Click here to read the articles.

As you will see, some issues have not changed over the years.

1961: It was announced by the NWC that there was only a one-month supply of water available in the drought-stricken Corporate Area.

1976: This drought was regarded as the worst to hit Jamaica in decades. Met Office officials reported that rainfall from January to August was below the 30-year average at that time.

1977: The government had to provide $350,000 in emergency aid to drought-stricken areas in St Catherine, St Elizabeth, Clarendon and Manchester.

1996: Some 100 acres of citrus plants had to be dug up at the United Estates farm in in Bog Walk, St Catherine, as the drought exacerbated the damage caused by the citrus tristeza virus.

1997: The Rural Agricultural Development Authority (RADA)’s Corn Planting Programme, planned for 250 hectares, had to be reduced to just 40 acres – just one-sixth of the area.