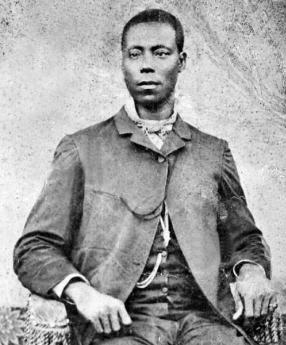 Sometimes it is surprising to find out that nationals in a country are unaware of some very important data regarding their history. We don’t want that to be Jamaicans, so we’re providing you with five essential facts every Jamaican needs to know about Paul Bogle.

1. He was a free black from Stony Gut.

Paul Bogle was born free in Stony Gut, St Thomas, and had the rare privilege of being a black man who owned land. He was also a deacon in the Baptist Church. He was appointed a deacon by another National Hero in Jamaica, George William Gordon, who was also a member of the Native Baptist Church.

As an adult, Paul Bogle was one of the 106 St. Thomas people with the right to vote. He was a strong supporter of George William Gordon, and it was this support, as well as the support of other members of the Native Baptist Church, which got Gordon elected to the National Assembly to represent St Thomas.

3. He led the Morant Bay Rebellion.

In August, 1865,  Bogle led a peaceful march to Spanish Town, hopeful for a meeting with Governor Eyre, who refused to see the protesters. On October 11, 1865, he led a protest to the Morant Bay Court House, which resulted in violent confrontations with the security forces, causing over 500 deaths. The court house was also burnt to the ground, and a price was put on Bogle’s head.

4. He was hanged for organising the Morant Bay Rebellion.

Bogle was captured on October 24, 1865, and hanged that very day for his role in organising the Morant Bay Rebellion. His actions had given the poor Negro working classes hope, which threatened the stability of society’s racially prejudiced hierarchy. His death was used as an example of what happens to persons who tried to change this hierarchy.

5. He was made a National Hero.

Bogle was honoured with the Order of the National Hero in 1969. His face also appeared on the Jamaican $2 note, which was discontinued in 1989. His face is now on the 10-cent coin.