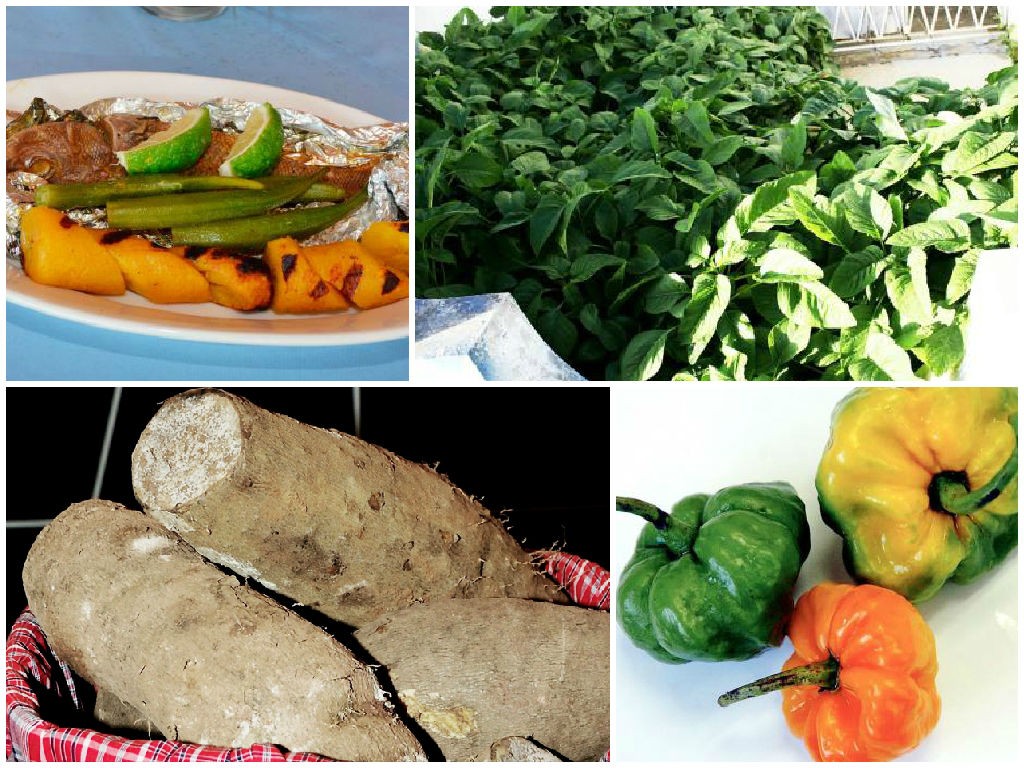 There are many fruits and vegetables that are so common around Jamaica that many of us just assume that they are native plants. However, many of our local favourites are not indigenous. This and every Thursday during Farmer’s Month, we will take a closer look at some of them.

The leaf vegetable known as callaloo has a distinctively Caribbean origin. There are several different plants used across the region. The most common ones are the indigenous Xanthosoma plant, taro or dasheen leaves and amaranth, which we use here in Jamaica. The preparation of the dish is said to have originated in West Africa and it was a staple amongst our enslaved ancestors, based on palaver or palava sauce, which is a type of stew widely eaten in that region.

Also known as “lady’s finger”, “gumbo” or “bamia” the okra is of North-East African origin. The plants were brought into the new world during the slave trade. The okra pods are low in calories and rich in dietary fiber, minerals, and vitamins.

The Scotch bonnet’s origin is unclear, although some sources say it has been traced to Central and South America. It is one of the spicier peppers, with a heat rating of 100,000–350,000 units on the Scoville scale. It is popularly used across the Caribbean. It is certainly the most popular pepper in Jamaica, where it is used on meats, in stews and in just about every savoury dish.

Yam is the common name for some species in the plant genus Dioscorea. There are several different varieties of the carbohydrate rich tubers, which are of West African origin. These perennial herbaceous vines are cultivated across Africa, Asia, Latin America, the Caribbean and Oceania. The most popular species are white yam (Dioscorea rotundata) and yello yam (Dioscorea cayenensis), which are native to Africa. They are the most important cultivated varieties. Taxonomists now regard them as the same species after many years of declaring them separate species. There are over 200 cultivated varieties between them.