In today’s Monday Musings, we feature the final of the top three entries in our Independence/Back-to-School Essay Competition as our  posts.  The 3rd place essay was written by Keri Morgan, an upper sixth form student at Glenmuir High School. 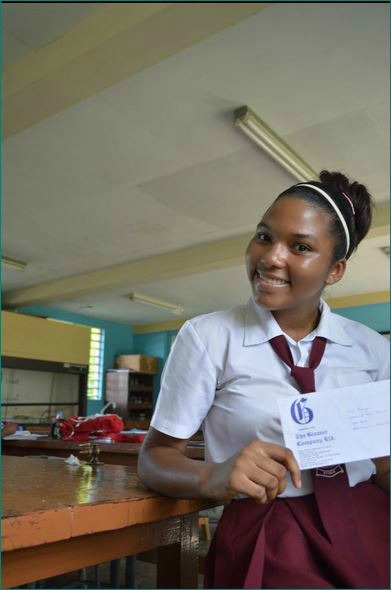 On August 6, 2013, the 51st anniversary of Jamaica’s independence was proudly celebrated by patriots, who paraded in their black, green and gold attire. Jamaica had achieved full sovereignty in 1962 and, since then, the citizens have strived to be seen and heard. The template for our government has been the Westminster system, which is a representative democracy with the British Monarch as nominal Head of State.

Democracy, coined from Greek origins, refers to a government of, by and for the people. It considers and respects the varying views of all persons involved, and encourages full participation. As such, the decision-making process in a democracy is born from consensus among the citizens. Every aspect of our livelihood in Jamaica, as a nation, thrives on democracy.

In our political system, there are strict legislations which dictate that those representing the people as Members of Parliament must be citizens of Jamaica or the Commonwealth. Those nominated are usually from the very community which makes up his/her constituency and work well with the ‘grassroots.’ It is therefore safe to say that the government of Jamaica is of the people.

“Democracy… is undeniably the principle truest to the human spirit.” It is the very nature of Jamaicans to put everything to a vote before making a final decision, whether in politics or even in informal groups (such as clubs and societies). The citizens of Jamaica decide who will represent them in parliament and who will head the government at the national and local levels. Regular, free and fair elections are conducted, allowing persons to vote their representative from either of the opposing parties. The officials are, therefore, chosen by the people.

A common setback which cripples most societies is that in which only a certain group of people benefits from democracy, because their vote is in the majority, even if only by marginal percentages. In Jamaica, however, the minority is not left to suffer. The members of parliament are responsible for making political decisions, formulating laws and administering programmes that are in the best interest of the public. The policies enforced cater to all members of society, despite political persuasion. Therefore, the government of Jamaica is for the people.

Finally, I rebut the article ‘Is Jamaica Really a Silent Democracy’ published on the diGJamaica.com blog, which posits that democracy has ‘died’ in Jamaica. It suggests that democracy is only present during general or local government elections. However, true democracy is not limited to casting a ballot. In Jamaica, democracy lies beyond a set of constitutional rules and procedures, dictating how the government operates.

Rather, democracy promotes freedom and empowerment for a nation. At the very core of our societal structure is the consciousness of human rights. Jamaicans know that they are obligated to equity, equality and the right to liberal expression of opinions. We have the power to make independent choices. This is true democracy, still present after 51 years.

*Note: Essay has been edited.