In this post we take a look at the 2016 general election results for the constituencies of the Members of Parliament who have been appointed as Ministers, Minister of State, Attorney General and Speaker of the House.

By Number of Votes

Below is a table showing number of JLP votes cast in each constituency in the 2016 election. It is sorted by number of JLP votes from largest to smallest. The Members of Parliament chosen to serve as Cabinet Ministers, Ministers of State, the Attorney General, and the Speaker of the House are highlighted in yellow: 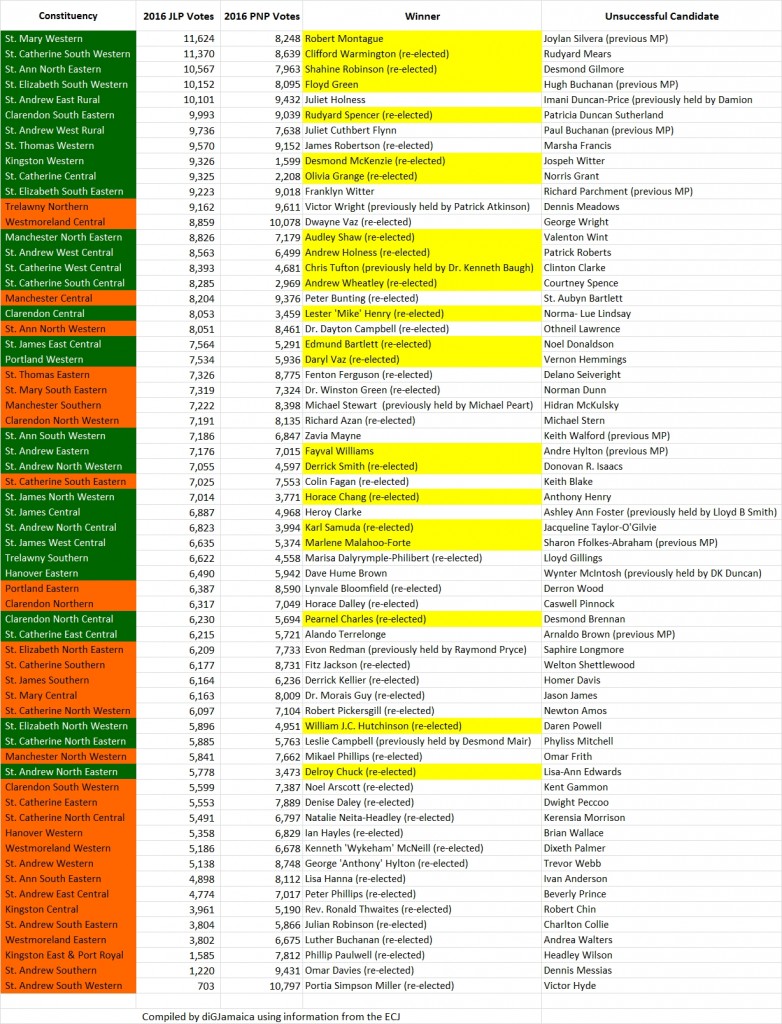 As seen above the constituency with the highest number of the votes for a candidate is St. Mary Western. This seat is held by Robert Montague, now Minister of National Security. The total number of JLP votes in that constituency is 11,624 votes.

The next table is ordered from largest to smallest by 2016 vote margin. As in the first table, MPs appointed to the executive government are highlighted in yellow. 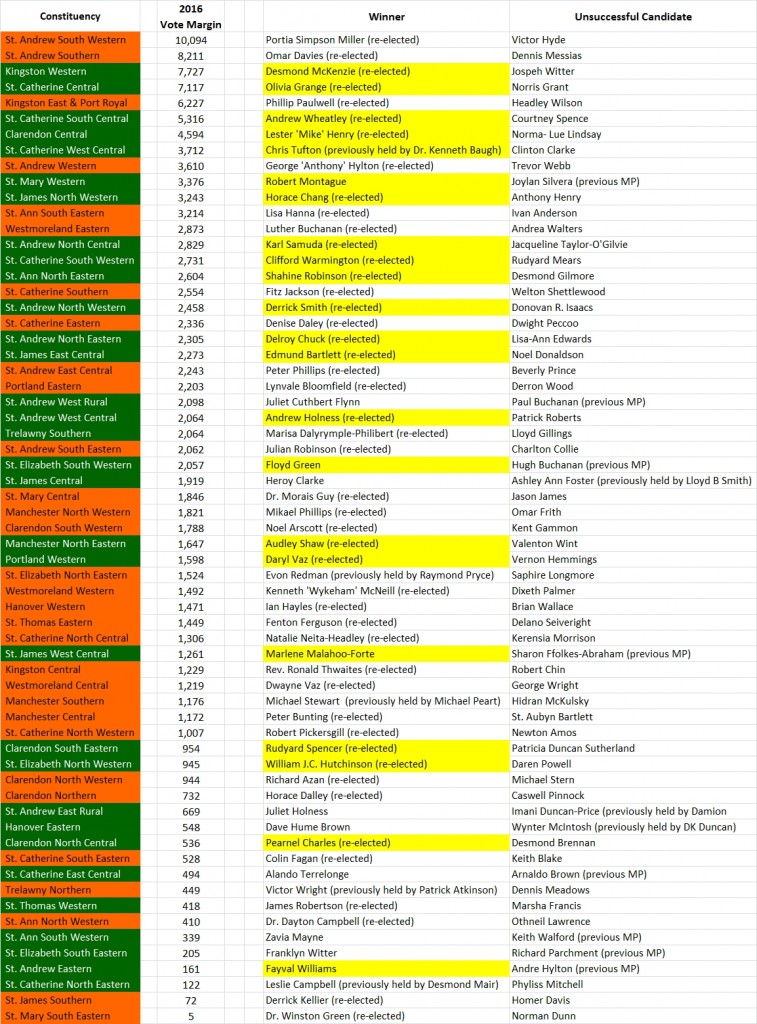 Below the final table is ordered from largest to smallest by the increase in number of JLP votes in the 2016 election as compared to the 2011 election. Members of Parliament with executive government positions are highlighted in yellow: 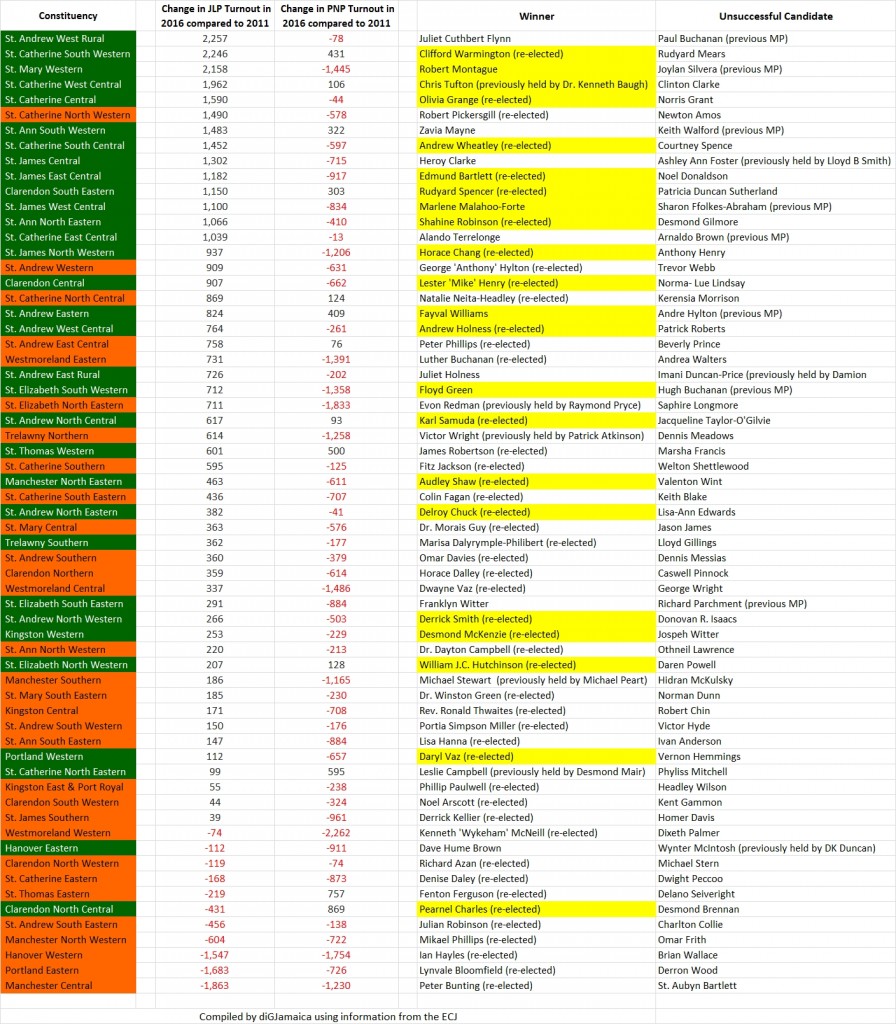 For more information on the structure of the Executive, click here.

All data related election posts can be seen here, A Deeper Look At Election Data.