It’s that time of year when mosquitoes are on the loose. These creatures are not only annoying, but many of us know from painful experience that they transmit diseases. Last year, many Jamaicans were left bed-ridden due to chikungunya, and we are now being warned to beware the Zika virus, aka ZIKV. The Zika virus is borne by the Aedes aegypti mosquito, the same insect responsible for transmitting the dengue and chikungunya viruses and share similar symptoms. There is currently an outbreak in Brazil, and one case has been reported in the Dominican Republic.

So how do we protect ourselves? Below are some tips from the Ministry of Health. 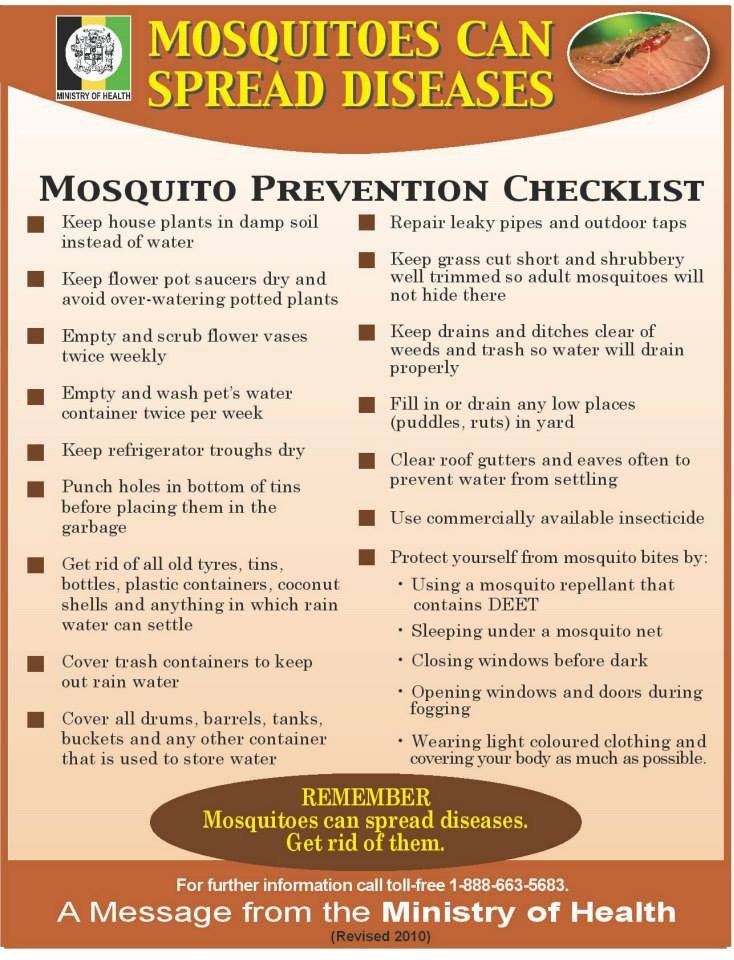 Many Jamaicans are used to burning the good old ‘mosquito destroyer’ coils or bushes to chase away the pests, but the former contains harmful chemicals and the latter is also discouraged because of smoke inhalation concerns. Additionally, they are both fire hazards. In recent years, spray repellents containing DEET have become popular, but many people are concerned about potential ill effects.

We went diGging and found a number of essential oils that have been touted as natural repellents. Here are a few of them:

Some recipes can be found here and here.