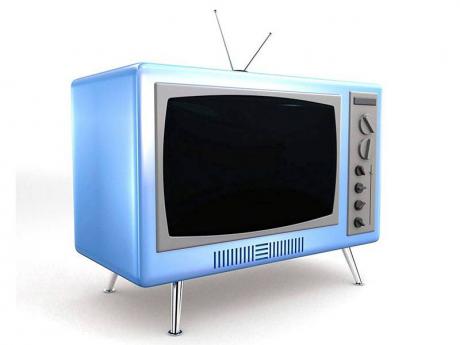 Yesterday, November 22, was observed as World Television Day. The day is observed annually due to the recognition that “Everything we experience through television shapes and influences our lives. Television educates, informs, entertains, instructs, and influences us in so many ways.”

Today, we decided to take a quick look at some of the most iconic programmes in Jamaican television history. See below:

Popularly known as ER, this show is a Friday night staple in many Jamaican homes. ER was started by Anthony Miller in the early 1990s, focusing on Jamaica’s dancehall culture. The entertainment/lifestyle magazine programme consists of interviews with leading stars as well as up-and-comers, event recaps, fashion and more. Miller started as the host, but over time, the reins have been passed to popular personalities such as Denise Hunt and Kerie-Ann ‘Kiki’ Thombs.

Since 1988, Hill an’ Gully Ride has been taking viewers across the length and breadth of Jamaica, into the homes of everyday folk as they share their stories of family, community, travels and more. Hosted by renowned author and broadcaster Carey Robinson, it is the second longest-running television show in Jamaica.

Most Jamaicans of a certain age still have fond memories of this fictional community, brought into our living rooms from 1988 to 1997 on JBC (Jamaica Broadcasting Corporation – now Television Jamaica). The comedy series features popular characters such as Lucretia Upton – aka ‘Miss Uptown,’ Drapus Upton, Johnny, Miss Zella, Maas Gussie, Donald and Bubbles.

This half hour personality interview programme features successful people in various fields, many of whom have achieved against the odds. Most interviews tend to strike an inspirational and motivational tone, with probing questions from veteran journalist Ian Boyne. The 28-year-old show was ‘profiled‘ in the Sunday Gleaner prior to its 25th anniversary in 2012.

This teen magazine programme aired on JBC in the late 1980s to early 1990s. It featured panel and group discussions with high school students, as well as outings to schools across the island. Hosts included Lisa Hanna, who went on to win the Miss World title in 1993 and is now Jamaica’s Minister of Youth and Culture, and Simone Clarke – now Mrs Clarke-Cooper, co-host of Smile Jamaica and a successful communications professional.

If you were a child in the 1970s to the early 1980s, this programme likely still brings fond memories to mind. Hosted by the beloved Louise ‘Miss Lou’ Bennett, the children’s poetry and storytelling programme ran from 1970-1982 on JBC.

Modelled on the hugely successful American Idol, the Digicel-backed talent show debuted in 2004 with host Denise Hunt. In its 11 years, the show has given many Jamaican singers and musicians a chance at stardom, producing standouts such as Noddy Virtue, Jodian Pantry, One Third, Nickeshia Barnes, Verlando Small and bona fide stars Romain Virgo and Chris Martin. In addition to the great display of talent, many viewers tune in for the blunt commentary of Anthony Miller, the most feared judge on the panel.

The popular soap, recently renamed The Blackburns of Royal Palm Estate, has been a Jamaican television staple for the past 20 years. The show is filmed primarily at the beautiful Belair Great House in Runaway Bay, St Ann, which serves as the titular family estate.

The longest-running show in Jamaican and English-speaking Caribbean history, Schools’ Challenge Quiz has been on the air since 1969. St Hugh’s High School was the first school to lift the trophy. Since then, Kingston College has won the trophy 11 times. In September 2003, a Junior version of the show made its debut, featuring primary and preparatory schools.

The Susan Show first aired on CVM TV in April 2005. The talk show, now aired on TVJ, is dedicated to promoting social responsibility and showcasing the positives about Jamaica, under the theme ‘Doing Good in Your Neighbourhood.’ Host Susan Simes is sometimes referred to as the ‘Jamaican Oprah’ by dedicated fans. She also produces and hosts a children’s programme on TVJ called Kids Say with Susan Simes.