Everyone has a story, but most people never get the opportunity to share theirs with the world, especially women and girls. Today, in honour of Women’s History Month and World Book Day, we celebrate some Jamaican women who have been able to tell their stories in their own words – or have their stories told otherwise – in the form of biographies and memoirs. Many of these personal stories also touch on various social, cultural and political issues. Take a look at our list below, with links to purchase: 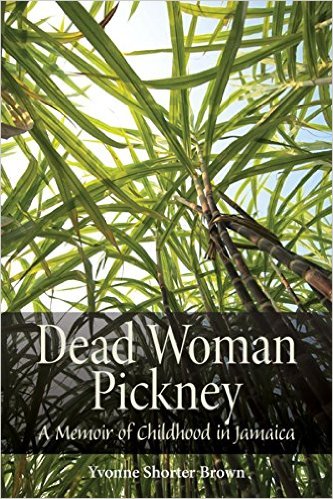 Dead Woman Pickney: A Memoir of Childhood in Jamaica by Yvonne Shorter Brown

Dead Woman Pickney chronicles the author’s stories of growing up in Jamaica from 1943 to 1965 and contains both personal experience and history, told with stridency and humour. The author’s coming of age parallels the political stages of Jamaica’s moving from the richest Crown colony of Great Britain to an independent nation within the British Commonwealth of Nations. 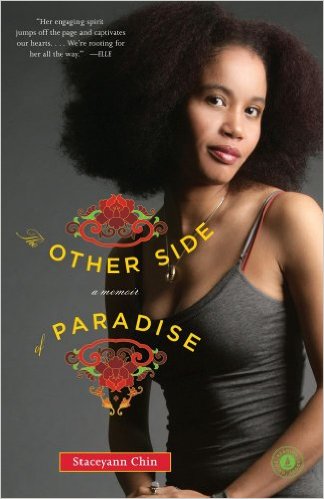 The Other Side of Paradise: A Memoir by Staceyann Chin

No one knew Staceyann’s mother was pregnant until a dangerously small baby was born on the floor of her grandmother’s house in Lottery, Jamaica, on Christmas Day. Staceyann’s mother did not want her, and her father was not present. No one, except her grandmother, thought Staceyann would survive. The acclaimed and iconic performance artist, brings her extraordinary talents to the page in a fiercely candid memoir about family, sexuality and growing up in Jamaica. 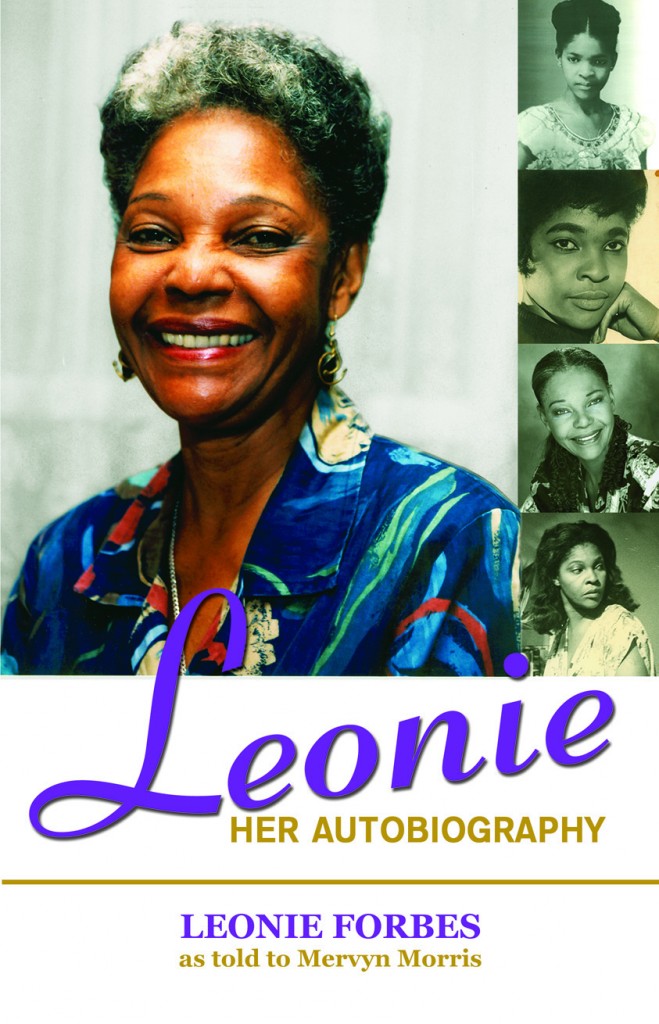 Leonie: Her Autobiography by Leonie Forbes and Mervyn Morris

The legendary actress and broadcaster shares her journey from growing up in Kingston to taking on classical and contemporary works on the stages and leading film projects both locally and abroad. 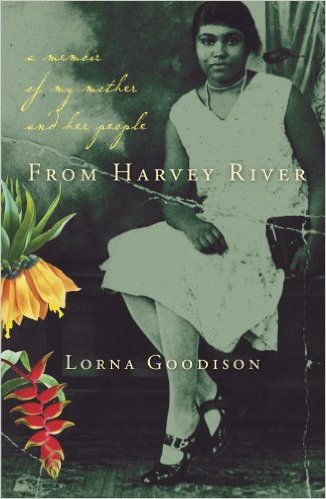 From Harvey River: A Memoir of My Mother and Her Island by Lorna Goodison

Goodison fans know how highly she regards her family, particularly her mother. In this memoir, we get to meet and spend some time with other members of the family. 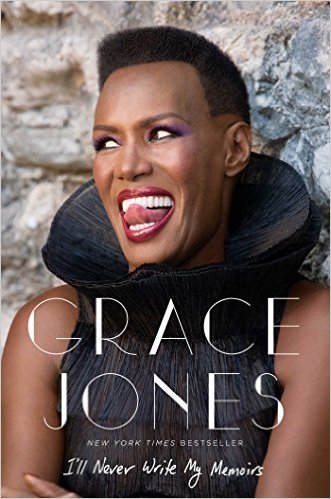 Legendary influential performer – supermodel, singer and actress –  Grace Jones offers a revealing account of her spectacular career and turbulent life, charting the development of a persona that has made her one of the world’s most recognizable artists. 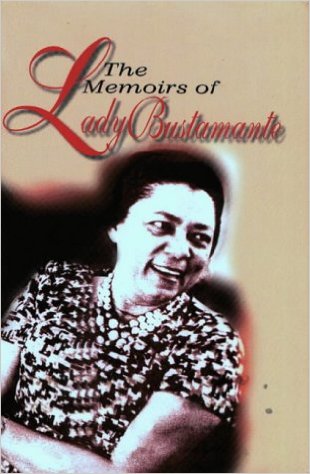 The Memoirs of Lady Bustamante by Ken Jones

Gladys Bustamante has been an observer of Jamaica’s political life from 1938, as first, the Secretary and later, wife of Sir Alexander Bustamante, one of the architects of Jamaica’s independence. This book reflects both a personal and a political view of Jamaica, of Sir Alexander and his creations — The Bustamante Industrial Trade Union and the Jamaica Labour Party — and is an important chronicle of the dynamism of the birth of the nation. 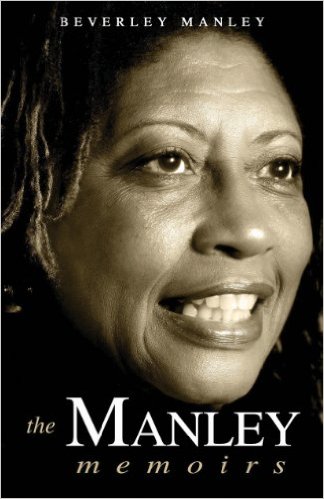 Now Beverley Anderson Duncan, the stationmaster’s daughter and former First Lady shares her Cinderella story of overcoming discrimination in her own family as the darkest-skinned daughter, to becoming a model and later a broadcaster. It was her job at the then Jamaica Broadcasting Corporation (JBC) that lead her directly to late former Prime Minister Michael Manley and to Jamaica House. The intriguing and revealing memoir also explores their estrangement, her relationship with now husband DK Duncan, self-imposed exile in the United States and eventual triumphant return to the Jamaican airwaves. 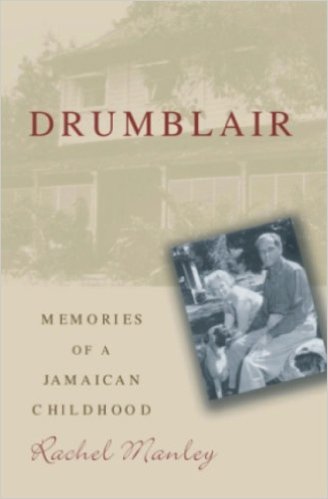 Drumblair: Memories of A Jamaican Childhood by Rachel Manley

Rachel Manley, granddaughter and daughter of two of Jamaica’s national leaders, tells the story of the brilliant and artistic Manleys, Jamaica’s most prominent and glamorous political family, and the house in which they lived, Drumblair. Manley vividly recreates the world in which she came of age in this intimate and captivating memoir of the people who most changed Jamaica’s intellectual, social, and cultural landscape. 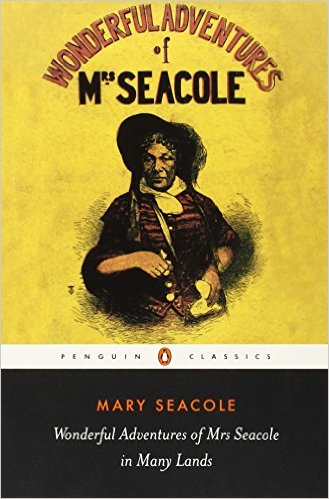 Wonderful Adventures of Mrs Seacole in Many Lands by Mary Seacole

Written in 1857, Wonderful Adventures of Mrs Seacole in Many Lands is the autobiography of a Jamaican woman whose fame rivaled Florence Nightingale’s during the Crimean War. Seacole traveled widely before arriving in London, where her offer to volunteer as a nurse in the war was met with racism and refusal. Undaunted, she set out independently to the Crimea, where she acted as doctor and “mother” to wounded soldiers while running her business, the British Hotel. 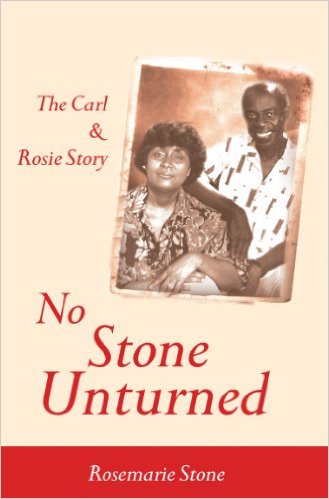 No Stone Unturned by Rosemarie Stone

The widow of the late pollster, political sociologist and Gleaner columnist Carl Stone describes in vivid and heartbreaking detail her first reactions to the news of his positive HIV status, subsequent illness and their elaborate attempts to cover-up their status from Jamaican society and close family members. The memoir chronicles her own fight against the debilitating effects of the virus and the inevitable stigma and discrimination, her retreat from Jamaican society and eventual re-emergence as a voice for people living with HIV.