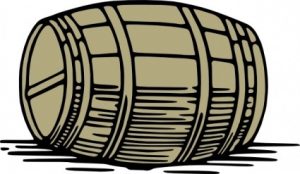 Translated: You mustn’t put yourself in a barrel if you can fit in a match box.
Meaning: Don’t think too highly of yourself OR be humble.

Translated: If you do not have horns, you should stay out of bull fights.
Meaning: Stay in your lane OR don’t take on responsibilities you are not prepared for.

8. Before me tumble dung, me hole macca.

Translated: Before I allow myself to fall, I will hold on to a thorny branch.
Meaning: A desperate person will grasp at anything to save him/her.

Translated: If you play with a puppy, he will lick you on the lips.
Meaning: Familiarity breeds contempt.

Translated: A farthing in the pocket, a pound on the chest.
Meaning: [The person being described] is poor, but also very boastful.