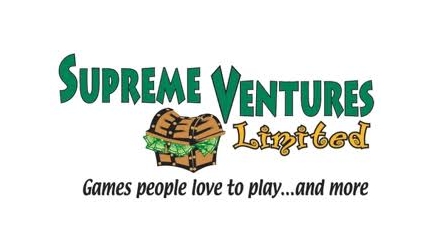 Supreme Ventures Ltd. (SVL), is a locally owned company and was formed in 1995 by the late Peter Stewart, Paul Hoo and Ian Levy. The company began lottery operations on June 25, 2001. The company has diversified its portfolio into other areas of the gaming industry including Video Gaming Lounges and Sports Betting.
On January 1, 2007 a new company – Supreme Ventures Lotteries Limited was formed and the licences for all the lottery game brands were transferred to that entity.
MISSION & CORE VALUES
Our Mission is to be the best provider of online lotteries and other electronically distributed products and services. In seeking to achieve our mission, Supreme Ventures Limited has committed to the adherence of several core values that are used to govern the relationship with our staff, agents, business partners and the public at large. These core values are:-
a) Ethical business practices at all times
b) Fairness in all efforts
c) Excellence in our performance
d) Keep all promises
e) Respect and consideration for all
HISTORY
On January 11, 2001, a licence was granted by the Betting, Gaming and Lotteries Commission to Supreme Ventures Limited, to promote and conduct three specific lottery games under strict rules and regulations established by the Commission. The licence granted by the Commission was valid for 10 years. The Company has since received an extension of its licence to the year 2026.
The Company began operations on June 25, 2001 with two out of the three lottery games that it was licensed to offer. The games were "Cash Pot" and "Lucky5". The third game, Dollaz!, was launched on January 20, 2003. During its relatively short tenure, Supreme Ventures has earned the enviable reputation of being one of the leading and more dynamic companies in Jamaica with its well recognized brand icon being the treasure chest. SVL acquired 100% of the shareholdings in the Jamaica Lottery Company (JLC) in December 2003, thus gaining a larger foothold in the gaming industry with lottery sales for the financial year 2007 exceeding $16.9 Billion.
The company has grown significantly since the acquisition of JLC and now boasts annual revenue in excess of $25 Billion dollars. With a labour force of approximately 450 persons directly employed to the Supreme Ventures Group and over 900 lottery terminals islandwide, with a total of 7 lottery games, the popularity of our products has increased as everything is now all "under one roof". The local games are Cash Pot, Lucky5, Dollaz!, Lotto, Pick 3, Pick 2 and WinQuick, the scratch and win type game.
Supreme Ventures Lotteries Limited introduced the Super Lotto game on August 25, 2009. Super Lotto is a multi-jurisdictional jackpot game, which is the first game of its kind in the Caribbean and Latin America. Super Lotto is sold simultaneously in the Jamaica, Dominican Republic, Barbados, St. Kitts & Nevis, Anguilla, Antigua, St. Maarten and the US Virgin Islands. Super Lotto is similar to Powerball, Euro millions or Mega millions, in which sales of different countries or jurisdictions are combined to facilitate jackpot prizes that have never been seen before in these territories.  The game has prize draws twice weekly (Tuesdays and Fridays) at 9:30 p.m. The starting Jackpot is now J$180,000,000. For more information on Super Lotto you may visit the website at www.superlottogame.com
The Supreme Ventures Group of Companies is structured as follows:
Supreme Ventures Lotteries Limited: Online provider of lottery games and Electronic Phone PINs.
Prime Sports (Jamaica) Limited: Operator of Video Gaming Lounges (slot machine lounges).
The Gaming Lounges are:
– Acropolis Gaming & Entertainment Centre
Barbican Centre, 29 East Kings House Road
Kingston 6
– Acropolis Gaming & Entertainment Centre
Bargain Village Plaza, 35 Main Street
May Pen, Clarendon
– Acropolis Gaming & Entertainment Centre
5-7 Seagrape Close, Portmore
St. Catherine
– Coral Cliff Gaming Lounge
165 Gloucester Avenue
Montego Bay, St. James
Each of the Acropolis Gaming Lounges has a sports bar within called The Arena at The Acropolis and at Coral Cliff there is a restaurant called Rum Jungle.
Big 'A' Track 2003 Limited T/A Supreme Ventures Sports Betting: Offers betting on international sporting events.
- Advertisment -